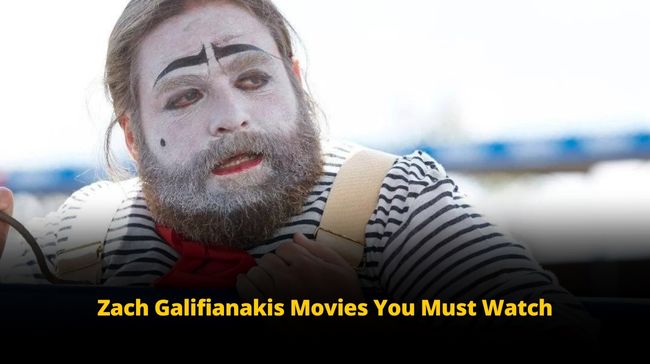 How have you been? Good, better, or were you waiting for us to bring the latest trending news? Aah, see, you guys are so connected to us. That’s why you are our lovely virtual family!

Without wasting any time, let’s give you something exciting. So today, it’s all about the Top 5 Zach Galifianakis Movies! Zachary Knight Galifianakis is an American Actor and oh-so-comedian. Galifianakis has starred in some incredible movies, including The Hangover, Trilogy, Due Date, The Campaign, Birdman, Masterminds, and so on! Are you ready to read something about his impeccable movies?

The Hangover—Part One, Two, and Three

Let’s agree, this movie has to be one of the Top 5 movies of Zach Galifianakis, and that’s for obvious reasons. It’s a 2009 American comedy film directed by Todd Philips.

It’s the first installment in The Hangover trilogy. It tells us the story of how the guys went to Las Vegas for a bachelor party to celebrate Doug’s impending wedding. And then, they wake up with Doug missing and no memory of what happened the previous night.

All three parts are one hell of a fun movie to watch—let’s agree, if we had to rate this movie, it would be 1000 out of 19 stars: this fantastic movie is!

Ah, this is about Peter, who needs to reach LA for his child’s birth. And how he’s forced to travel with actor Ethan, who gets him in trouble!

It’s about Thomson, the fading not so famous anymore actor planning to build his career. And then? Does he succeed? Ah, head over to watch this movie. You won’t regret it!

It’s about how a guard plans one of the biggest heists in American History. It’s based on the 1997 Loomis Fargo Robbery! Worth watching; go ahead!

It’s about how a representative who is involved in a personal scandal faces a challenge. Ah, then what happens next? A lot of fans love this movie! Also, it was funded by two of the billionaire’s lobbyist brothers!

The Lego Batman movie, Between Two Ferns, It’s Kind Of A Funny Story, and so many other successful hit movies. The famous Tv shows are The Simpsons, Bob’s burgers, baskets and many more!

So, which is your favorite among these top 5 movies by Zach Galifianakis?

He’s our favorite, and we love him for his incredible acting. Don’t forget to comment below about which is your favorite Tv show or movie of his which you love. Oh, don’t forget to follow us, and stay tuned; we’ll be back soon!

Read More – Top 3 Must-Watch Isabel May Movies! Get Ready To See Elsa 1883 In A New Avatar