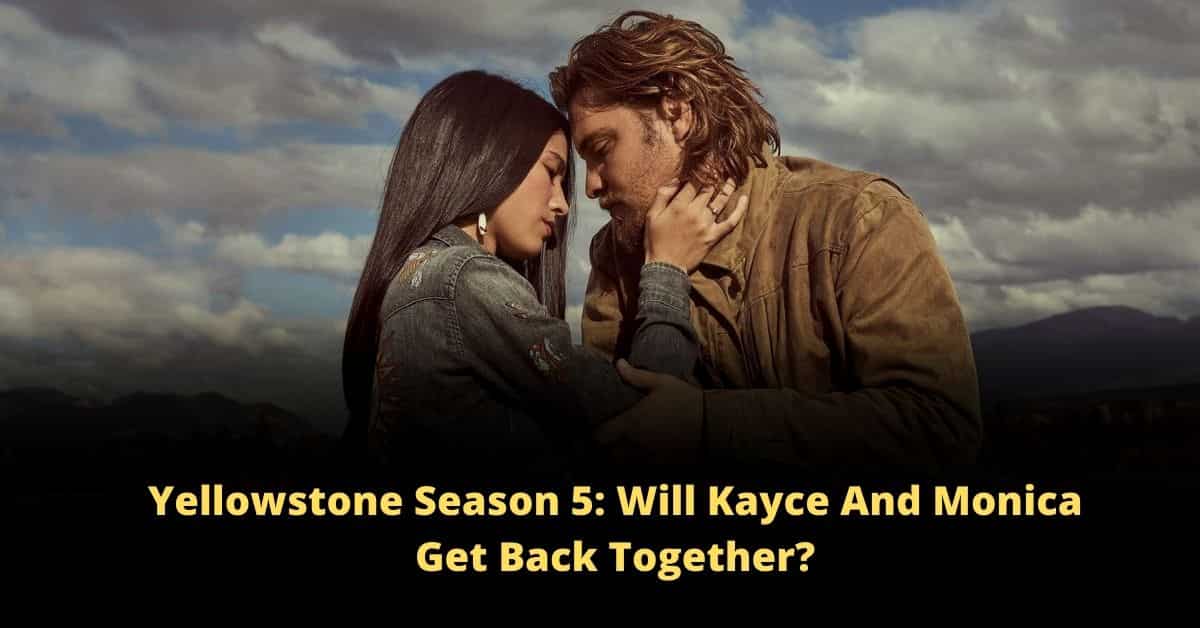 The last chapter of Yellowstone was a complete roller coaster ride for the fans. While the chapter closed with many questions unaddressed, the fate of two characters, Kayce and Monica haunted the fans.

So, will Kayce and Monica get back together in the new season of the American drama series, Yellowstone? Here is everything we know so far.

Yellowstone Season 5 is knocking at the doors. The new season is all set to enter the production phase and the hype among the fans is reaching a new level.

In a recent interview, Yellowstone stars Monica (Kelsey Asbille) and Kayce Dutton (Luke Grimes) revealed that they are really very excited to return in the new season. So, will we see Kayce and Monica’s marriage in the upcoming season?

According to Kelsey, she wants the couple to have a happy ending. But will the story align with her thoughts? Here is all we know.

Will Kayce And Monica Get Back Together?

As of now, it’s confirmed that we will see the couple back in Yellowstone Season 5. But will they be together again?

In season 4, we saw how Kayce revealed to Monica that his post-traumatic disorder (PTSD) compelled him to hallucinate that it was the end.

Moreover, as we penetrated deeper into the story of Season 4, we witnessed how the couple broke up out of their own family issues. So, by the time we reached the climax, the marriage of Kayce and Monica was in question.

As per the official statements from Kelsey Asbille, she is eager to see the couple happy at the end. However, she admits that it is not likely to happen, and the plot has a bunch of amazing twists for the viewers.

So, what do you think, will Kayce and Monica get back together? Tell us in the comment section.

7 thoughts on “Yellowstone Season 5: Will Kayce And Monica’s Relationship Take A New Turn?”