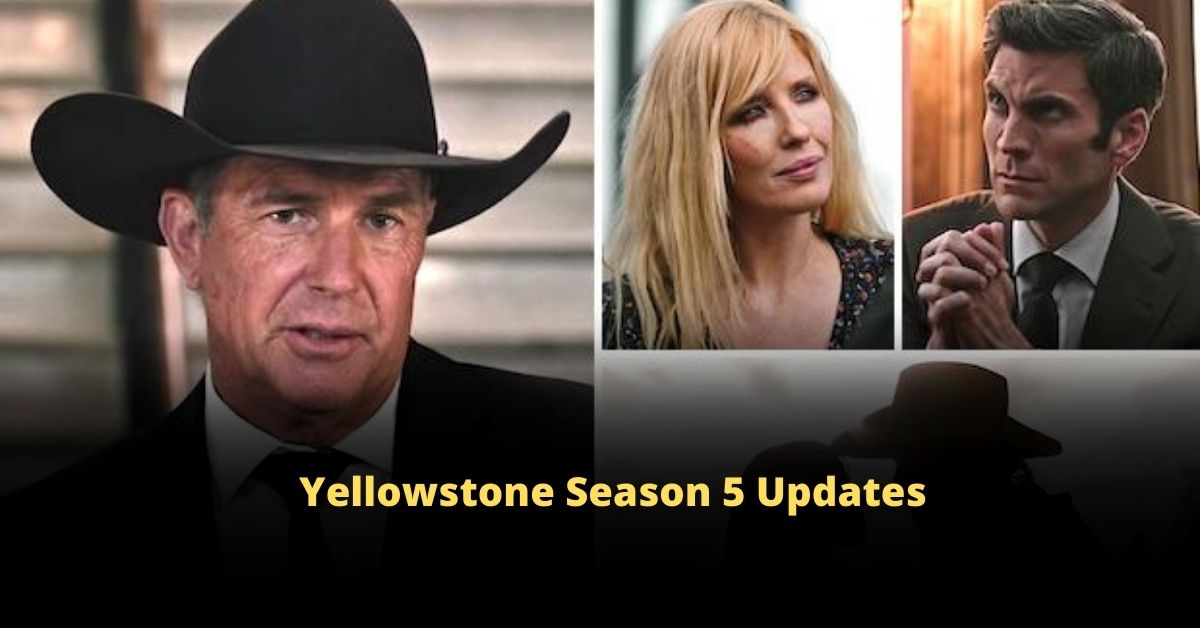 All Yellowstone fans, assemble as Sassyshows is here with some crazy Yellowstone Season 5 updates. So, make sure to go through the complete article.

Yellowstone is presently the only original written series on the Paramount Network, but who needs another?

The programme was a rating phenomenon in 2021, with an average of 11 million people tuning in each week across broadcast, cable, and premium. Not unexpectedly, the series has been renewed for a fifth season, with guest performers Jen Landon (Teeter) and Kathryn Kelly (Emily) promoted to series regulars.

The modern-day Western debuted in 2018 as a kickoff for the network’s rebranding (formerly known as Spike TV) and indeed struck a cultural chord. The story is set in Montana and chronicles the struggles and tribulations of the Dutton family, which owns the United States’ biggest continuous cow ranch.

Finally, with the fans carving for more, Sassyshows has got its hand on the latest Yellowstone Season 5 updates. Here is all we know.

Will there be a fifth season of Yellowstone?

Absolutely! There was little question that the series would be renewed for a fifth season by Paramount. The number one cable show in 2021 continuously receives high ratings, and the audience rises with each episode. It is presently the most popular cable network television show, with spinoffs 1883 and 6666 on the way.

Yellowstone Season 5 Updates: Is season 5 in the works?

Yes! On May 16, Paramount Pictures announced that production for Yellowstone Season 5 would begin in Montana this week. This announcement comes after Taylor Sheridan revealed that the show would start in May 2022.

Read More – Yellowstone Creator Taylor Sheridan Teases The Climax Of The Story Is In Sight!!

Yellowstone did not broadcast season 4 on the typical Father’s Day weekend due to COVID-related filming delays. Instead, the Duttons returned in November 2021, but that doesn’t mean we’ll have to wait another year to see more Yellowstone!

Season 5 will be split into two parts, as confirmed by the Paramount Network in mid-February!

We were hoping for a season 5 premiere this summer, but with production starting in mid-May, it looks like we’ll have to wait a little longer.

Who is in the cast of Yellowstone?

John Dutton, the Dutton father, is played by Kevin Costner. He’s a rancher and businessman striving to keep his family together while also fighting to maintain the Dutton property.

Beth spent much of her time healing by sitting vigil by her father’s bedside. At the same time, she plotted her retribution on those who intended to destroy her and her family, despite barely surviving the letter bomb that blew her office (and likely her assistant) to bits.

Kayce survives an attack at his Livestock Commissioner’s office in the season 4 premiere, only to be shot in the subsequent vehicle pursuit and gunfight.

Jamie is a puppet with strings being tugged in all directions. Garrett Randall (Will Patton) and, in rare instances, Beth or his baby mom, Christina, are the ones plucking his strings.

Rip doesn’t speak much, but it’s either lovely or brutally honest when he does. He’s one of the only people that doesn’t fear Beth. Yes, it is! The ranch scenes were shot at the Chief Joseph Ranch in Montana.

Yellowstone, directed by Taylor Sheridan, stars Kevin Costner as patriarch John Dutton. He is fighting to maintain the ranch in the family as they battle property developers, a nearby Indian reservation, and a slew of other opponents.