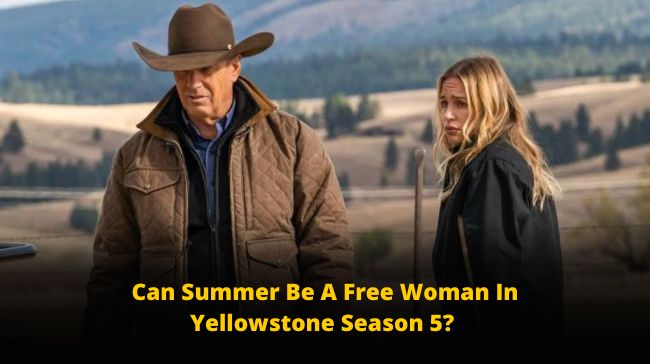 What will be the plot of Yellowstone 5? With the fifth installment gearing up for a release, the fans are showering Yellowstone season 5 theory and assumptions on social media. So, what to expect from the new season? Here is all we know.

Well, like always. We are here to bring you Yellowstone Season 5 theory and updates — What’s happening in the upcoming season? How the show could end? What more twists are there in this one? Keep reading and we bet you, you won’t be regretting for sure, PEEPS!

The diehard fanbase following this series is just not hidden—as the internet is just gushing with all the recent Yellowstone season 5 theory and updates on how the show is going to take the next turn.

Undoubtedly, Yellowstone is the highest-rated cable show of the summer. The Kevin Costner-led series has been a massive success, scoring crazy ratings win week after week.

Yellowstone is all about how it takes for John Dutton (Costner) to survive and thrive as a rancher in modern America. Of course, the family has to face a number of issues on all sides of being connected to a ranch.

Trust Us, When We Say We Mean It “Kevin Costner is an Absolute AF Badass!”

Let’s say Costner is the heart and soul of the Yellowstone super smashing series—Oh isn’t he the one from the past six generations?

We absolutely now know why this 63-year-old actor has bagged Oscars for the Best Director and Best Picture—oh, we remember the Emmy Award, too!

We Are Now Close To The End!!

They haven’t yet disclosed how many episodes more would be coming after this year’s upcoming fifth season, but the end is near. Jail time looks like the best scenario for the family.

But ssh, there might be a heavy turn who knows? As one or more members of the Dutton family have to serve the prison time. But who could be? Yellowstone Season 5 theory is just not predictable this time!

Yellowstone Season 5 Theory: What About Summer Higgins? Any Wild Guesses?

Did a clue from actor Piper Perabo have confirmed Summer’s release in the upcoming series?

As last seen in season 4, Summer had a love scene with Dutton, before being played by his scheming daughter Beth to wind up behind wars.

Everyone Knows Summer Is Facing A Hard Time In The Lock-Up—But, What’s Next?

The latest Yellowstone season 5 theory concludes that Summer could be a free woman at some point in the upcoming season. (That’s what her Instagram stories show, though)

Let’s Stay Positive, Summer You Will Be Freed From The Lengthy Lock-Up Soon!

Honestly, according to the sources, co-Creator Taylor Sheridan has also mentioned that he knows how the Dutton chronicle would come to an end, but do you think he has laid the bedrock for the same?