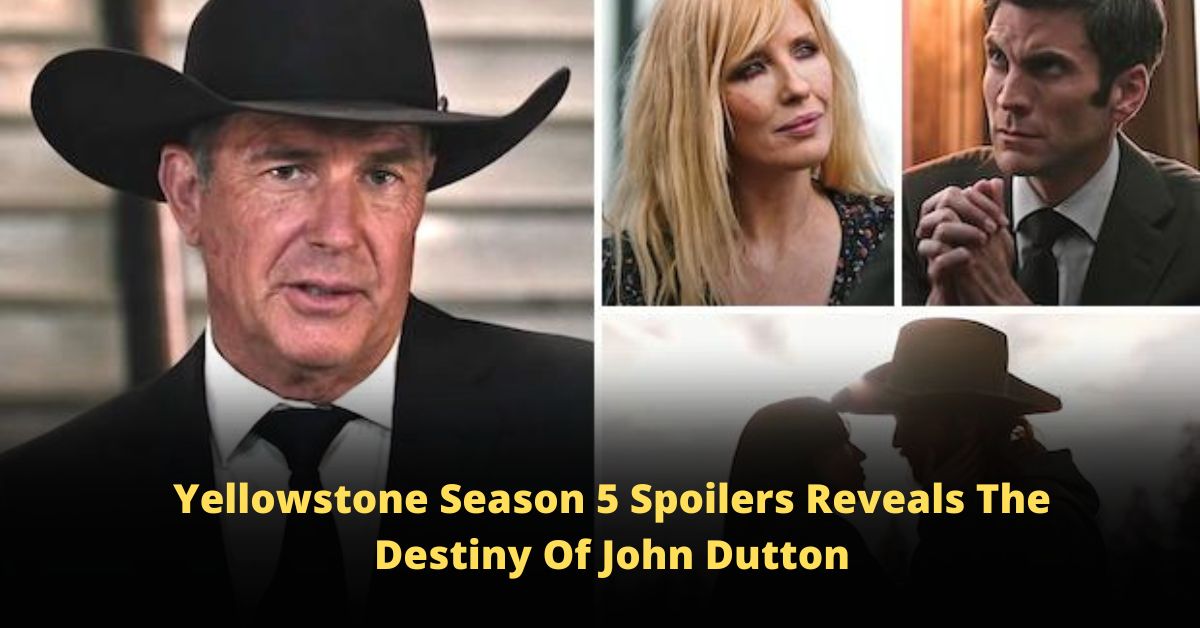 After the immense success of season 4, the fans are craving to know what will happen in the next season. So, here are some amazing Yellowstone Season 5 spoilers.

While there are a bunch of burning questions after season 4, one thing most Yellowstone fans are curious to know about is – what will the future hold for the fan-favorite John Dutton? With Taylor Sheridan and Paramount Network coming back with a new installment of Yellowstone, the fans are clamoring to get hands-on some Yellowstone Season 5 spoilers.

If you are a frequent reader of our website, you know we don’t disappoint the viewers. So, here are some really amazing season 5 leaks.

If you would step into the shoes of John Dutton, you definitely will get a glimpse of his intentions. Presently, nothing matters to him more than the ranch and its control. However, it’s obvious that things will not be so easy and he will have to deal with a bunch of routine problems associated with the ranch.

As by the end of Yellowstone season 4, the Dutton family has managed to survive the biggest attack, and the culprit is under Beth Dutton’s jurisdiction, John has more essential stuff to deal with.

The biggest challenge looming on John’s head is the Governorship of the state. Power is the only weapon that can help him get control of the ranch and bar the progress. In the last season, we have already seen him keen to start a campaign to claim the throne of the Governor. But will his intentions continue to influence the upcoming season? Here is the latest Yellowstone Season 5 spoilers to shed light on the matter.

Well, if we believe the rumors and buzz on social media, it’s pretty clear that the new season will sideline John Dutton and it will focus on Jamie. With Beth disclosing the main culprit behind the attacks on the Dutton family, there is a lot more to come. She will eventually play with the emotions of Jamie and will blackmail him. However, the latest Yellowstone Season 5 spoilers reveal that the new season will kick start focusing on John Dutton’s campaign to claim the place of the governor. So, it will be incredible to see how the story shifts from John Dutton’s rampage to Beth’s blackmailing game.

As per the leaks, Yellowstone Season 5 will be the longest season with 14 episodes planned. So, there will be a lot of scope for the creator Taylor Sheridan to add twists and turns.

Are you excited about Yellowstone’s new season? Make sure to follow us for more Yellowstone Season 5 spoilers.

Read More – Yellowstone Lovers We Bet You Will Go Crazy Over This Yellowstone Season 5 Update!!

33 thoughts on “Yellowstone Season 5 Spoilers Reveals The Destiny Of John Dutton! Is He Still Running For Governor?”