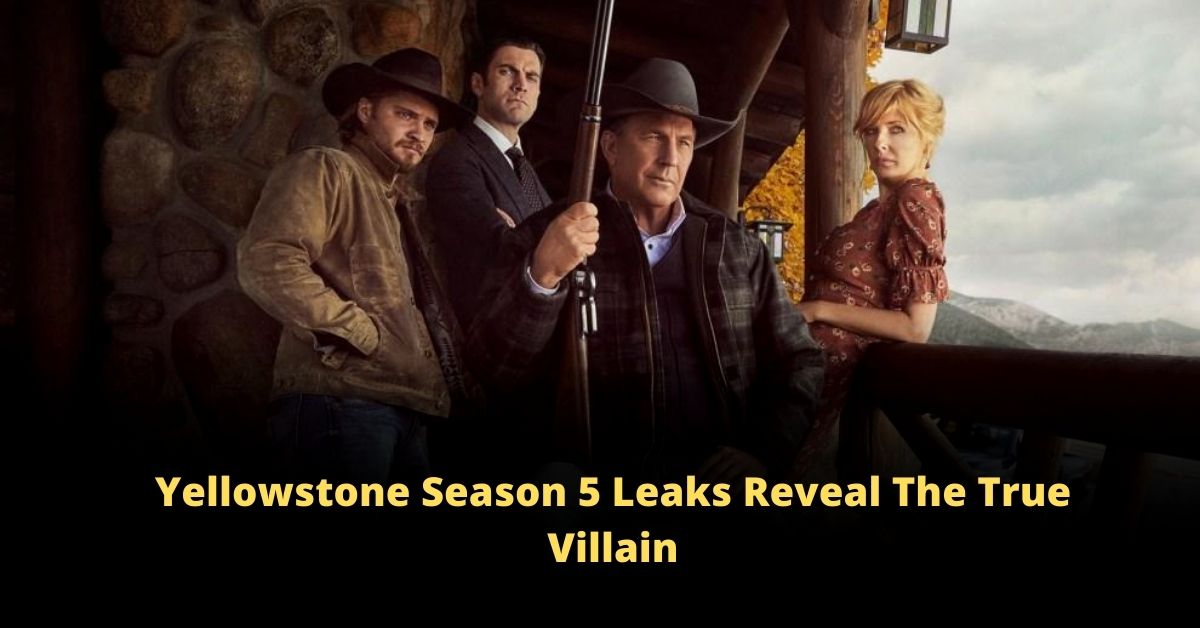 The senior generations of the ranch-owning Dutton family are the focus of the modern Western family drama “Yellowstone.”

John Dutton (Kevin Costner) is at the helm, and his attempts to save the rich property on which his ranch is built and his fondness for cowboy hats are essential to his character.

Although John is the series’ central character, he is rarely a paragon of virtue, typically fitting the character pattern identified in Brett Martin’s 2013 book “Difficult Men” regarding prestige TV heroes (via Goodreads). During Season 4, for example, among many other poor mistakes made by John during “Yellowstone,” he decides to throw his daughter Beth (Kelly Reilly) off the family property.

It’s no surprise, however, that John is far from being a model citizen. However, at least one “Yellowstone” fan has gone one step further in their portrayal of John, claiming that he is not just flawed but also the show’s genuine villain.

Here are some really horrifying Yellowstone Season 5 leaks that point out John Dutton as the main villain. Recently a Reddit user made a discussion titled “Does anyone get the sensation that John Dutton is the true villain?” on the official subreddit for “Yellowstone” fans.

They argued in favor of the theory stated in the title. They essentially highlighted how John’s zeal to protect his ranch at all costs is frequently at odds with the general interest.

“Dutton shuts it all down through corruption, cronyism, and murder only to prove he can keep it secret and in his family, even though his family doesn’t appreciate or want to enjoy it,” they said.

Some commenters likened John to evil characters from other prestige TV programmes.

Tony and Walter notoriously begin their respective episodes ethically ambiguous at best, and by the end of the series, they are practically undoubtedly wicked.

These aren’t the only people that think this way. A Reddit poster compared John to a medieval land baron, while one user labeled him a heinous killer.

Though the exact amount of John’s wickedness is entirely in the beholder’s perspective, fans have contended multiple times that John is the show’s number one villain.

Many “Yellowstone” fans respond to the question with various responses. The general assumption is that John Dutton is a mix of the two.

“He is neither,” writes a Reddit member. “John Dutton is a guy of many hues.” He’s the archetypal anti-hero. He may be a powerful patriarch, but he’s also a terrible parent who prioritizes his ranch and legacy over his children’s well-being. Is it pure evil? No, he follows a code, has established limits, and has a quiet place for some individuals in his life.”

This response is correct, in our opinion. John Dutton, the “Yellowstone” ranch owner, is obliged to establish a compromise. Another Redditor says, “He is, as they say, complex.” “He is human, and life is grey.” I also don’t feel he prioritizes his family over the ranch. The ranch is an extension of his family in his perspective. It must be kept as their connection to the future rather than his legacy. I admire John Dutton and would strike up a conversation with him at a cocktail party. I wouldn’t even consider building an airport on his South pasture.”

Whatever your feelings on John Dutton, we think every “Yellowstone” fan can agree that we’re eager for him to return.

Make sure to stay tuned as we will keep on updating our site with the latest Yellowstone Season 5 leaks and spoilers.

3 thoughts on “Yellowstone Season 5 Leaks Reveal The True Villain Of The Series!! ”