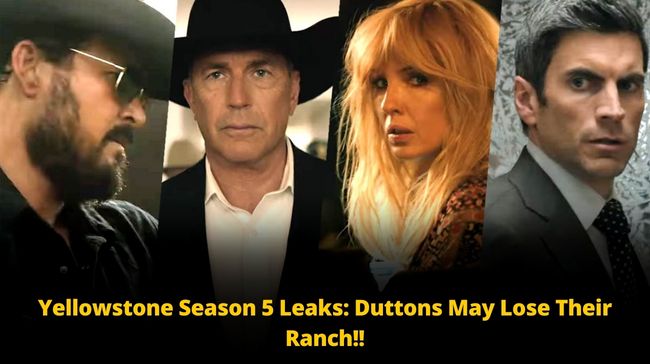 We know you are waiting for Yellowstone season 5. After the twists and turns of Yellowstone Season 4, every true western drama fan is on the edge of his seat. So, with the new season knocking at the doors, Sassyshows is here with all the latest Yellowstone Season 5 leaks and spoilers. Here is all we know so far.

Yellowstone season 5 release date is finally revealed. As per the official announcement, the new season is coming on November 13, 2022. Although there are three months until the release, we already have major news about the new season. So, here are all Yellowstone Season 5 leaks.

Let’s start with the length of the new season. First of all, Yellowstone Season 5 will consist of 14 super-awesome episodes and it will be released in two parts, each one will have 7 episodes.

Currently, the production of Yellowstone season 5 is running at a huge pace with the actors showering leaks on social media. They have been blessing their social media handles with various filming locations – mostly from the gorgeous mountains of Montana.

As far as we know, we expect Kevin Costner to be back as John Dutton, Kelly Reilly as Beth, Luke Grimes as Kayce, Cole Hauser as Rip, Wes Bentley as Jamie, Kelsey Asbille as Monica, Finn Little as Carter, Brecken Merrill as Tate and Gil Birmingham as Thomas Rainwater.

Moreover, several past characters may make a comeback in the new season through a bunch of flashbacks. Those names are – Josh Lucas, Kyle Red Silverstein, and Kylie Rogers.

Next, we have some worrying Yellowstone Season 5 leaks about the plot. As we know, the 1883 finale showed us that the Duttons got the Yellowstone land from the native Americans for a time of 7 generations. This means that the end for the Duttons is near and they will eventually end up losing their land. We also got confirmation from the show curator, Taylor Sheridan as he stated that he already knows how the story ends and how it is time to write down the paths toward it.

So, as per the Yellowstone Season 5 leaks, the new season will mark the beginning of the end for the Duttons. It may result in a few deaths of the most loved characters and a sudden twist in the plot. So, fans, are you ready for it? Share your views in the comment box.