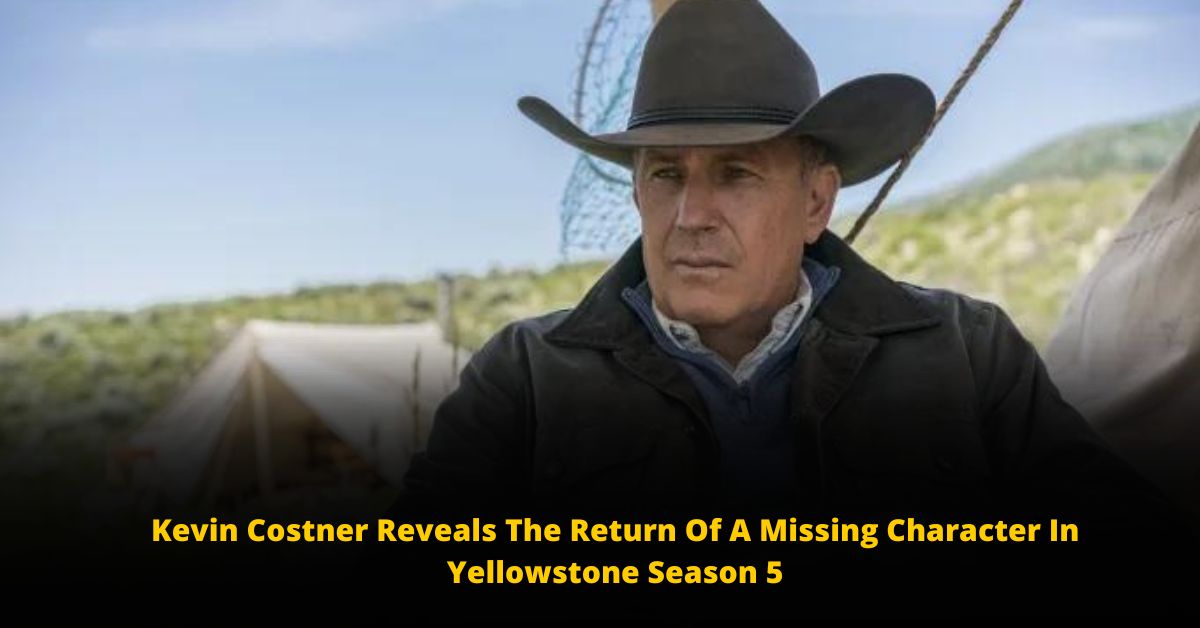 Yellowstone: The oh-so-famous series that everyone is talking about is all set to build its excellent cast for the 5th Season. So, with the new season approaching Yellowstone Kevin Costner dropped a surprising update… Here is all we know.

Yellowstone Kevin Costner Announces The Return Of An Old Character!!

Well, aren’t you excited about the bestest news? Oh yes, Josh Lucas is heading back to the ranch.

Yes, you heard it right. We don’t want our viewers to miss any latest updates revealed. Josh Lucas, who plays a younger version of Yellowstone Kevin Costner’s John Dutton, is confirmed to return to the ranch for the first time since 2019.

Now we get it, why Yellowstone. Kevin Costner says, “Yellowstone is going in the right direction.”

Further-some, he’s the happiest with how the series is heading. The 5th Season of this super hit show will premiere on November 13th.

But it looks like the Yellowstone Kevin Costner fans can’t hold still this long, right?

But yes, Costner gave his fans some quick updates on what’s coming, and it sounds like we didn’t want our readers to miss this.

He also said in his recent interview that life is all about a bit of giving and take, and yes, if the fans have to wait till November, the latest episodes are all worth the wait—Now, this seems happy news for us!

The younger Yellowstone Kevin Costner would be there with other returning cast actors, too.

The other cast members would be Kylie Rogers, Kyle Red Silverstein, etc., who were last seen in 2020–It looks like the excitement is all going up!

The Television network Paramount Network announced Josh Lucas’s return. Yes, people, he will be seen in a recurring capacity in the series after having last seen in 2019 in the second Season.

The Dutton-verse thus expands, and now we can’t see how many more such snippets will be given from Season 5. ‘American Psycho’ actor Josh Lucas is all set, and so are we to see him on the screen. Who all other characters’ younger versions would be seen further? Any guesses?

It looks like the fans have to wait for a very long this time. We just can’t wait to see the younger version of Yellowstone Kevin Costner again on the screen.

Until then, how about mentioning some of your favorite Costner scenes in the comment section, people?