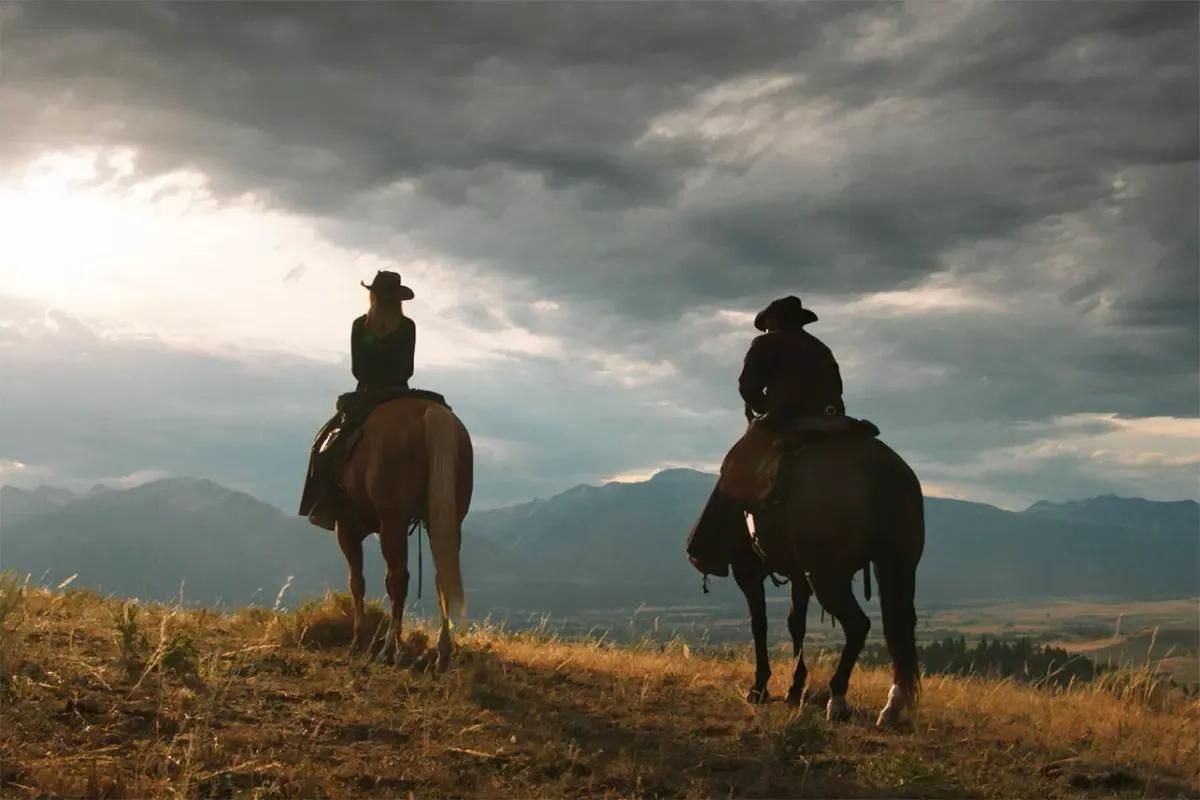 In Yellowstone Season 5 Episode 6, the cowboys traversing the Montana highlands had to deal with an unexpected fatality along the road.

In the episode titled “Cigarettes, Whiskey, a Meadow, and You,” Beth also joined in the fun. Though not everyone was impressed, Episode 6 of Yellowstone featured expansive views and lengthy scenes showcasing the state’s magnificence.

Jamie continued to sleep with the enemy and reached an accord with Sarah while most of the Duttons were coping with nature.

Although the show’s events occurred at least five years ago, the current time is probably during President Biden’s term. The episode was first broadcast in 2018, a year after Trump took office.

Because of the date, a previous Obama reference in the series, and Dutton’s apparent political affiliation with the Republican Party, though it isn’t stated, fans may be eager to identify him as President Biden.

The show’s overarching politics are also not entirely clear; it’s likely that “that idiot” refers to how members of the opposing party view the president specifically, how most Democrats felt about Trump, and how some Republicans currently feel about Biden. Yellowstone season 5 episode 6 spoilers reveal Sarah is offended by the question, so she argues why someone may be drawn to Jamie.

She then questions why he isn’t governor, given his legal prowess in protecting Yellowstone’s land and that his father ran on the questionable platform of “Progress Stops with Me.” Jamie laughs it off, but Sarah explains that her real goal is to help him win the governor’s office so he can reinstate Market Equities’.

Sarah claims she only cares about this because she’s fallen in love with Jamie. She then requests his assistance in stopping M.E. ‘s fire sale and warns Jamie that it could be too long to wait for his father’s term to be complete in four years. The two formally combine their personal and professional lives in the shower.

The Trail of the Duttons

The Montana scenery, as seen through the eyes of John, Rip, Clara, and the wandering cowboys, was the true star of this episode. Beth is less enamored of her surroundings and would rather have more charming vistas like a meadow. Summer (Piper Perabo) tries to learn more about John and the ranch when she returns home.

She discovers more about the family history from chats with Monica before finding the Yellowstone cemetery. The graves of James and Margaret Dutton, famous people from 1883, are located here.

The two are named, but James looks to have passed away in 1893. Thus they won’t be in the upcoming 1923. Everyone relaxes once they’re back with the cowboys.

Clara is thrilled to be in the wilderness, Emmett Walsh, an old friend of John’s, goes fishing with Tate, and Rip and Beth get some peace.

Read More – What Role Does Josh Lucas Play On Yellowstone?