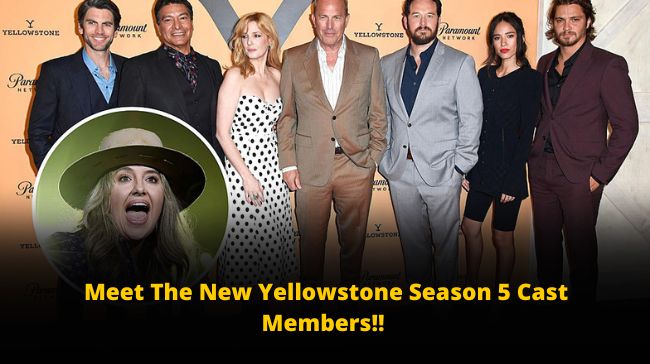 Hey People, are you wondering about some really awesome updates on the Yellowstone Season 5 cast members? If yes, here is all we know…

Let us confess this thing: the Yellowstone series is the one we have been obsessing over since season 1.

We are serious binge-watchers, and gone are the days when we needed to pray to God when the next episode would be released because we couldn’t wait anymore.

Today in Netflix and Amazon Era, with one click, you get to see a whole new range of new seasons consisting of 8-9 episodes—isn’t that so peaceful?

So, with the new season of Yellowstone knocking at the doors, the fans are curious to get updates. Sassyshows is here at your service with some fresh Yellowstone season 5 updates.

Yellowstone: The most-watched show, everyone isn’t talking about

We are sure that there would be one person in your family too, who’s crazy about this series.

Oh yes, and who doesn’t love the famous Yellowstone cast? Ah, we just literally love and adore them in every way. BTW, who’s your favorite?

This Kevin Costner-led drama was co-created by the Oscar-nominated screenwriter Taylor Sheridan and John Linson, who are so wildly popular.

It’s about a sudsy contemporary Western about the Dutton family. This land was stolen by them 150 years ago, and the nearby Native Americans are the ones who intended to take it back.

Yellowstone has been called the “Prestige TV for conservatives”

Right from the super-duper cinematography to the action scenes to the Yellowstone cast justifying their roles with their impeccable acting is something you should watch this show for!

The Yellowstone family is expanding, and we are more than happy to see the powerful yellow stone cast. They’ve hopped on the horse for Season 5.

Kai Caster as Rowdy, a young cowboy, and Lainey Wilson as a musician named Abby. Lilli Kay will play Clara Brewer, the new assistant for one of the royal Duttons family.

Dawn Olivieri is said to play Sarah Atwood, a super confident corporate shark and a new arrival to Montana, too!

Old is gold. So, along with the new faces, Josh Lucas will return to play a young John Dutton alongside Jacki Weaver, who plays Caroline Warner, Kylie Rogers as young Beth Dutton, and Kyle Red Silverstein as young Rip Wheeler. Aren’t you excited to watch them—because we indeed are!

13th November, why are you so far?

Season 4 ended on a high note as 11 Million viewers turned on for the season finale.

We can’t wait to see how the new Yellowstone season 5 cast would be shaking things up! Stay tuned for more such sizzling updates.