With 1883 season 1 wrapping up, the fans were clamoring for a new season. However, creator Taylor Sheridan decided to cancel 1883 and bring another bombastic series. Now, Paramount+ has finally revealed the 1932 release date. Here is all we know.

On Tuesday, Paramount surprised Yellowstone fans by introducing two Hollywood luminaries as the stars of their forthcoming Yellowstone spinoff, 1932.

In addition to the cast and narrative, Paramount has confirmed the release date for the prequel: December 2022.

Harrison Ford, an Academy Award contender, is slated to start production for the series soon, with 1932 premiering on Paramount+ in December. Helen Mirren, an Oscar winner, will feature with Ford. The two will star in Taylor Sheridan’s eagerly anticipated next episode of the Yellowstone narrative.

1883 takes viewers on a journey through the history of Duttons in the nineteenth century. However, 1932 will usher television’s most famous family into the twentieth century.

“The next Yellowstone origin story will present a new generation of the Dutton family and explore the early twentieth century,” according to Paramount, “when pandemics, historic droughts, the end of Ban, and the Depression Of the 1930s all plague the mountain west, and the Duttons who call it home.”

Curious to know the 1932 release date? Here is all we know so far. 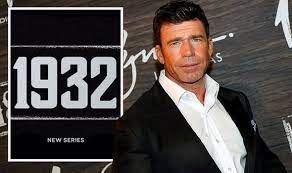 A synopsis released in May stated that 1932 will “introduce a new generation of the Dutton family and explore the early twentieth century when pandemics, historic droughts, the end of Prohibition, and the Great Depression all plague the mountain west, and the Duttons who call it home.”

MTV Entertainment Studios and 101 Studios will produce the program, which also makes Yellowstone and 1883 and mayor of Kingstown by Yellowstone creator Taylor Sheridan.

“With Taylor Sheridan’s brilliant mind and gifted storytelling, we’ve created an entirely new world to explore with 1883 while expanding Yellowstone, and with 1932, we’ll open up a new chapter in this rapidly expanding universe,” said Chris McCarthy, president, and CEO of ViacomCBS Media Networks and MTV Entertainment Studios. Yellowstone 1932 series will be dropping this December 2022.

Following in the footsteps of Paramount’s smash blockbuster 1883, it appears that the next chapter in the Dutton anthology will be a fantastic Christmas present for Yellowstone Universe lovers.

MTV Entertainment Studios, 101 Studios, and Bosque Ranch Productions have revealed that 1932 will be released in December as part of the changes that saw Ford and Mirren join the Dutton family.

It’s unclear how far along production is, but given Sheridan’s work ethic, he’ll most certainly meet that target. Season 5 of Yellowstone has just begun filming. Still, given how much of that show has already been scripted, it may be simple for him to get the ball moving on the current chronology of the Duttons, then transfer production to 1932 in the coming months.

As far as we know, filming in 1932 has yet to begin. Because it only recently announced the program, it’s unknown whether 1932 is still in production or whether episode writing has already started.

Other than what the studios have divulged, very little is known about the upcoming Yellowstone origin tale, and they appear to be keeping quiet about it thus far. The only information provided in a press release was that Yellowstone 1932 will introduce “a new generation of the Dutton family and explore the early twentieth century when pandemics, historic droughts, the end of Prohibition, and the Great Depression all plague the mountain west, and the Duttons who call it home.”

So, now that you know the Yellowstone 1932 release date, are you excited about it? Tell us in the comment box.