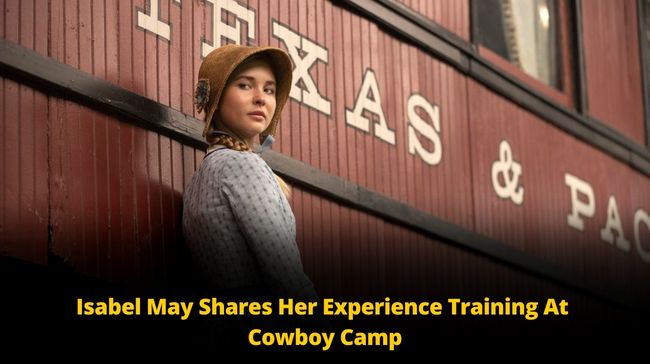 How have you been? So today, there’s something about your most loved character of Yellowstone.

We have something interesting about Yellowstone Isabel May. Something she recently shared, and how excited we are to bring it up to you guys! Yes, so are you eager to know?

Here’s something you need to know about this most trending series!!

With 9/10 IMDB ratings, this show has its fanbase. Not everyone and anyone will love these series, but those who love them are crazy about it!

Yellowstone is an American Neo-Western drama television series created by none other than Taylor Sheridan and John Linson that premiered on June 20th, 2018, on Paramount Network.

The series has some great stars such as Kevin Costner, Luke Grimes, Wes Bentley, and so on! But yes, Yellowstone’s Isabel May has a great fan following with Kevin Costner, too! Also, “Yellowstone” was a runaway hit and its success further led to “1883” victory, too!

Isabel May is an American Actress. She starred as Katie Cooper in the Netflix Series Alexa and Katie. She had acted as Elsa Dutton in this hot trending series “Yellowstone”!

Why do fans love Sheridan’s Shows?

It’s because of the way he adds a natural touch to them. In Yellowstone, he didn’t cast many real-life cowboys, but he made the actors attend the cowboy camp before the production of his projects. Yes, you heard it right!

We were stunned when he shared that he just doesn’t believe in rehearsals! So basically, his motive was to make the actors comfortable with the horses and let them experience some basic things, too!

Yellowstone  Isabel May shares her experience of the Cowboy Camp

It was indeed very intense for her. But she told how it prepared her so well for her role in the show.

She learned so much at the camp; it was like a “daydream” experience. In the series Elsa Dutton, she’s seen how she indeed grows into a cowgirl. The real-life she lived in the camp thus made her act good in the reel life of the series.

Did you know Yellowstone’s Isabel May was born and brought up in Los Angeles?

Hence, she wasn’t aware of real cowboy life. She even overcame her fear of being natural with horses and riding. She started the camp a week earlier than everyone else—yeah, it’s true!

She used to wake up at 7:00 am and ride through the beautiful countryside. Oh, the training was vigorous, and they used to sweat a lot in the scorching heat, but it looked like it was all worth it!

So, were you aware of Yellowstone Isabel May camping experience?

Don’t forget to comment below on what you think about this. Didn’t the actors do an incredible job in the series? Stay tuned, and yes, don’t forget to follow us!

Read More – 1883 Isabel May Reveals Her Shocking Experience With Texas Heat While Filming!!