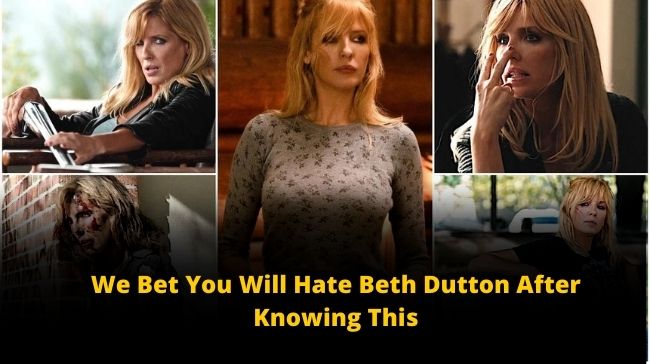 Yellowstone Season 5 is knocking at the doors. So, with four epic seasons of Taylor Sheridan’s western drama around, the fans have already got their favorite character from the show. While every character of Yellowstone has impressed the fans with their screen presence, in the recent seasons, Yellowstone Beth Dutton has turned the limelight.

Beth has turned out to be one of the most impactful characters who even twisted the flow of the story. However, among the millions of fans of Yellowstone, a major portion hates Beth’s character. But why? Here is all we know.

Sassyshows is here to talk about the most interesting TV characters who developed a special place in the fans’ hearts in recent times.

While the fans were hunting down the true essence of western drama, Taylor Sheridan stepped into the scene to showcase what he is capable off.

Sheridan developed the most sensational western drama series of all time, Yellowstone. The show became an instant hit delivering the perfect blend of a stunning setting, premise, thrill, and some morally gray characters.

Yellowstone is loaded with political and domestic drama that keeps the fans hooked up. While the story was incredible, the Yellowstone characters added the main spark. So, who is the most popular character in Yellowstone?

Let’s start with the main face, John Dutton. Even though John Dutton played by the fan-favorite actor, Kevin Costner is the first name that hit our minds when it comes to Yellowstone, it will be difficult to title him the most interesting Yellowstone character. Hands down! He is blessed with insane charm, power, and charisma, but he does not sit at the top of the popularity list.

Next comes Kayce Dutton, the man who is dealing with the nice character syndrome. Though it’s difficult to resist falling in love with the kind and gentleness of Kayce, on several occasions his same dull and good boy attitude does not channel up with the story.

Next is Jamie, the black sheep in the Dutton family. He is one of the most complicated Yellowstone characters, who climbed up the political ladder using Dutton’s name and fame.

Yellowstone Beth Dutton Is The Most Hated Character!!

Despite, the fact that Beth is the most hated Yellowstone star, she is the best-written character in the show. Yellowstone Beth brings the worst trait that has often stunned the fans. However, there are many instances, Beth impressed the fans. So, she wins both being a favorite and unfavorite character.

So, what makes Beth so ruthless? First of all, it’s her mind and smartness. Yellowstone Beth Dutton is one of the smartest characters in the franchise. Creators added a complete evil touch in framing the character of Beth. She often uses her smartness in deceiving people rather than doing good work.

Yellowstone Beth Dutton is insanely cunning, and she knows no moral grounds when it comes to achieving her objectives. She could even sacrifice her near and dear ones to meet her goals. Her goals are often solely based on personal interests. She doesn’t think about the people she betrays.

Moreover, in Yellowstone Season 4, we saw how Beth played her trump card to manipulate Jamie to kill his biological father. Apart from that, her jealousy toward Jamie will most likely pull her to the roads of evilness in the upcoming chapter of Yellowstone.

So, which is your favorite Yellowstone character? Tell us in the comment box.

1 thought on “We Bet You Will Hate Yellowstone Beth Dutton After Knowing These Facts!! ”