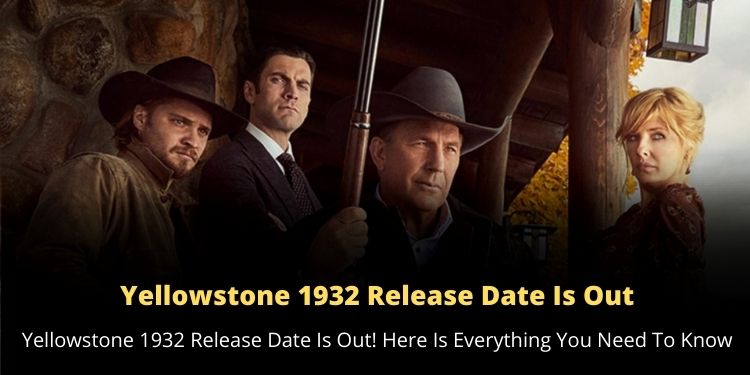 Sassyshows is here with Yellowstone 1932 release date. Here is everything you need to know.

Fans who have been impatiently awaiting the lengthy period of Dutton-free time between the conclusion of 1883’s first season and the start of Yellowstone’s approaching the fifth season will be pleased to learn that the Yellowstone world is expanding.

Today, streaming provider Paramount+ revealed that, in addition to renewing the immensely successful 1883, they’ve also commissioned a whole new chapter in the Dutton family’s history in the form of 1932.

Apart from the fact that the programme exists, few specifics have been given, with Paramount+ just claiming that 1932 “would follow a new generation of Duttons during the time of western expansion, Prohibition, and the Great Depression.” MTV Entertainment Studios and 101 Studios will produce the program, which also produces Yellowstone and 1883, as well as Mayor of Kingstown by Yellowstone creator Taylor Sheridan.

“With Taylor Sheridan’s brilliant mind and gifted storytelling, we’ve created an entirely new world to explore with 1883 while expanding Yellowstone, and with 1932, we’ll open up a new chapter in this rapidly expanding universe,” said Chris McCarthy, president, and CEO of ViacomCBS Media Networks and MTV Entertainment Studios.

1932 joins the list of future Yellowstone-verse series, which also includes the still-mysterious (but numerically called) 6666, which looks to be a contemporaneous spin-off of Yellowstone rather than a historical predecessor, according to early signs.

After the record-breaking success of “1883,” which finishes on February 27, Tanya Giles, chief programming officer at Paramount Streaming, noted in a statement Tuesday that it only made sense to offer Sheridan another show to tell his ever-expanding Dutton narrative.

According to Entertainment Weekly, “the brilliant plot and excellent performances behind ‘1883’ have generated astonishing new records for Paramount+.” “We’re excited to share more of the Duttons’ origin story with fans.” There is no word on when 1932 will be published or who will be in the cast, but we will keep you updated as more information becomes available.