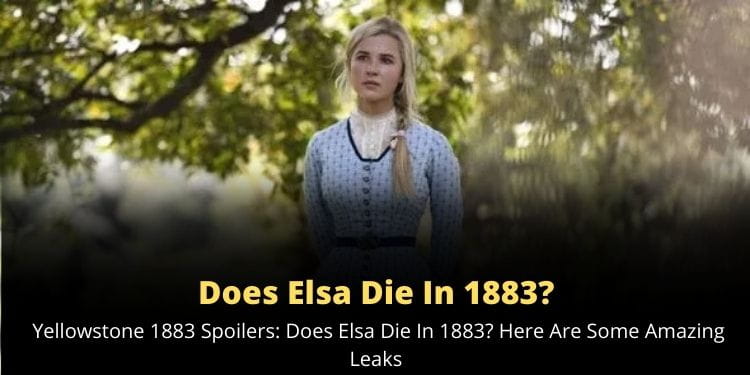 Yellowstone 1883 has been a roller coaster ride for the fans. However, one question that is trending on social media is – does Elsa die in 1883? So, here are some spoilers from the show.

Yellowstone 1883 marked one of the most phenomenal endings leaving the fans in tears. It dropped something unexpected for them, leaving them in misery.

The latest episode of Y 1883 hinted towards the death of the fan-favorite character. So, what’s coming up next?

Paramount Network has grabbed a special place in the hearts of the fans with its latest show Yellowstone 1883. Taking the audience 130 years back, it has been a complete journey to a new world of thrill, suspense, drama, and emotion.

The fans got attached to the characters. However, the climax made them emotional after it marked the death of several major stars. But, one question that is haunting the fans is – does Elsa die in 1883? So, here are all the details.

The new Paramount Network show is just outstanding. However, it seems the fans will end up losing their favorite character, Elsa at the climax.

We found that Elsa was hit by an arrow and the scene brought tears to the eyes of the fans. It was incredibly painful. She fell off her horse. However, she manages to escape the situation as she gains consciousness.

Later she managed to communicate with the tribe, but it was already too late. Her wound was severely infected and the infection started to spread in her body. The situation was becoming dire.

So, it seems, Elsa will be taking her last breath in the finale of Yellowstone 1883. Make sure to stay tuned as we will be bringing more amazing updates on it.