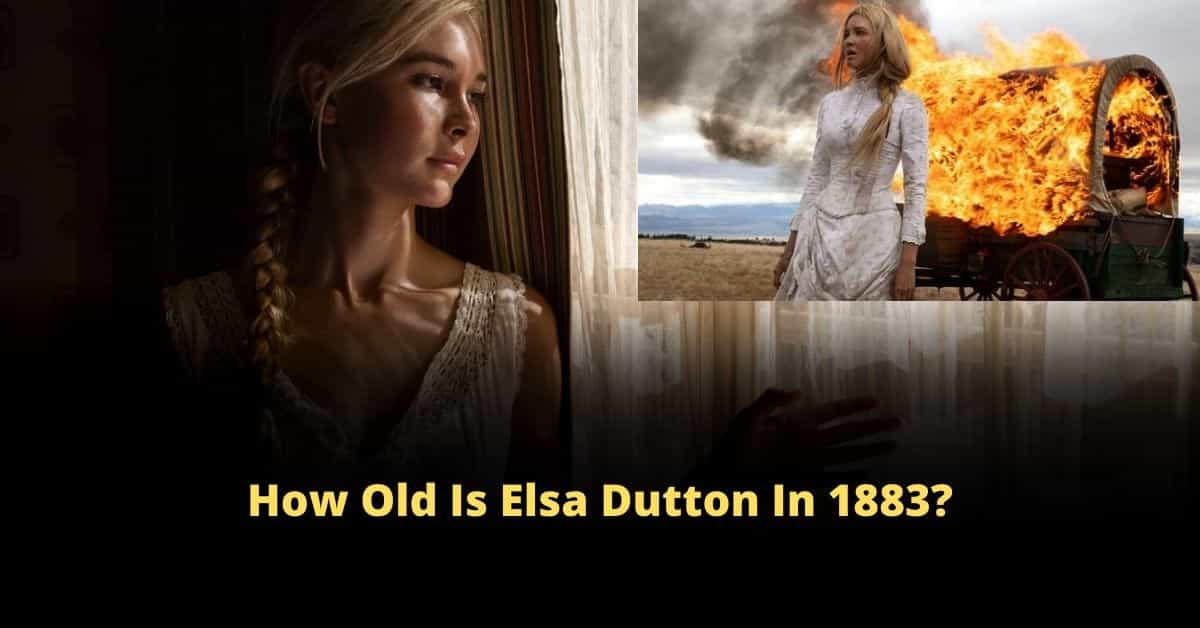 Following the tragic climax of Taylor Sheridan’s 1883 series, the fans are showering questions about their favorite character, Elsa Dutton on the Internet. So, today, Sassyshows is here to answer one of the trending questions – How old is Elsa Dutton in 1883? Here is all we know.

Star Isabel May has simply grabbed a special place in the hearts of the Yellowstone fans, treating the audience’s eyes and ears. Her incredible performance, as well as heart-warming narration of the series, has made the fans fall in love with her.

Elsa’s death was something shocking for the fans. She was shot with an arrow which pushed her to the doors of death. Finally, she took her last breath on the lap of her beloved father, James Dutton.

Though the love of the fans cannot bring Elsa back to life on screens, she will always be one of the most remarkable characters in the franchise.

While it seems that the fans have lost their favorite character, they have a bunch of questions about Elsa Dutton. One of the trending questions is – how old is Elsa Dutton in 1883? Here is all we know.

Popular star Isabel May plays the role of Elsa Dutton, a 17-years-old girl full of ambitions and courage. She is an ancestry of John Dutton, the head of the Dutton family.

Isabel impressed the fans with her flawless acting skills and her incredible narration took the story to a new level. Isabel May was initially auditioned for a completely different role in Mayor of Kingstown, which premiered in November. But finally, she was selected for the role of Elsa Dutton in 1883.

Yellowstone 1883 season 1 has finally wrapped up, but there are a bunch of surprises on the way. Yellowstone is gearing up to drop its new spinoff 6666 soon. So, make sure to stay tuned for more updates.