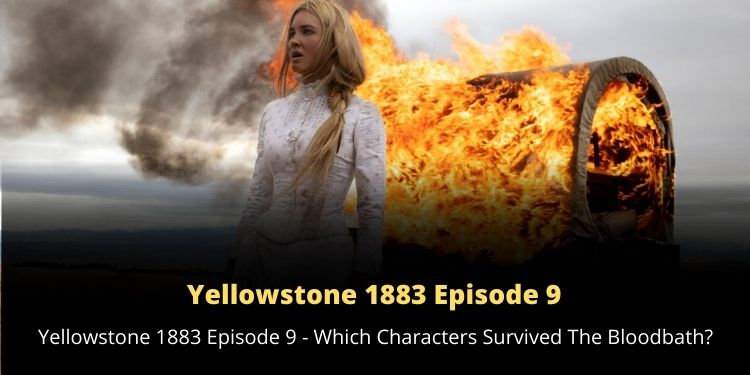 Yellowstone 1883 has been a journey of thrill, action, and suspense till now. Moreover, 1883 episode 9 has elevated the intensity of the scene. It’s been an absolute treat for the fans to witness so much mess going on screen.

So, with Y 1883 episode 9 wrapping up, many fans may be curious about which characters managed to survive the storm of the dead by the climax? Here is everything we know so far.

Spoilers Alert – This article may contain some spoilers on 1883 episode 9.

At the climax of Y 1883 episode 9 many characters managed to surpass the blood pool. So, which characters survived? Here are all details –

#1 The Dutton Family Is Still Intact

The Dutton Family including Margret and John are alive. Elsa is still alive. But it seems she will eventually take her last breath in the next episode.

At the climax of Y 1883 Episode 9, we saw the Lakota chief instructing James to take Elsa to a surgeon as her condition was getting serious. So, James, Thomas, and Shea avoid the battle and leave the place.

Colton and Wade put their full potential to rescue the immigrants from the Lakota attack. So, somehow, the cowboys, Colton and Wade managed to save their lives.

#4 Only A Few Immigrants Were Left

The Lakota attack was incredibly fatal. It resulted in the deaths of tons of immigrants. Noemi is the only immigrant who managed to survive the attack.