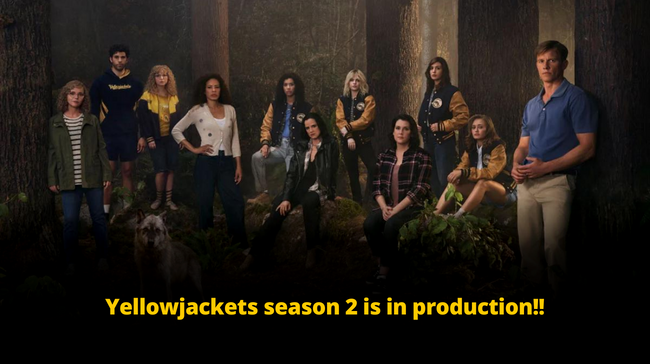 The ones who have already watched Yellowjackets Season 1 would know what we are talking about. But if you did not get a chance to watch it to date, watch it first thing as any event cannot miss it.

With the upcoming Yellowjackets Season 2, all you need to do is be ready and equipped with all the required information that could help you relate to this new season which is going to be much darker than its previous one!!

The American drama series that premiered on Showtime was loved and appreciated by many.

We Said Hello to Yellowjackets!!

This series premiered on Showtime on November 14, 2021 – on the premium American Television Network owned by Paramount Media Networks. It is the work of well-known writers and producers  Ashley Lyle and Bart Nickerson.

Are We Having Yellowjackets Season 2?

Oh yes, fans… it was back in December 2021, midway to season 1, Showtime confirmed that this series was renewed for a second chapter as well!!!

And this was via an Instagram post saying: “Those girls were special. They were champions. The #Yellowjackets will return for Season 2!”

And since then we have been waiting for it!!!

The Showrunners confirmed to Variety that they had been in the writer’s room for a while back then, and the production was expected to begin soon. So here it goes, guys!!! It has been confirmed that Yellowjackets Season 2 – Episode 1 is now under production at the hands of the Season 1 director!!!

As the show has resumed production, we expect that Yellowjackets Season 2 might air somewhere near late 2022 and go on till Winter 2023, the same way as Season 1 was aired!

Are you excited for Yellowjackets Season 2?!!

The fans worldwide are excited to witness where their favorite feral soccer players land in season 2! To answer one fan’s question about whether all will be fine and mellow in the coming season, the officials replied that all would be calm and not traumatizing!!

With a little in hand, for now, it isn’t easy to know where exactly will Yellowjackets Season 2 head. We shall keep you posted with all the recent updates on it!!

Read More – Yellowjackets Season 2 Will Revisit Winter Storyline!! Here Is A Shocking Update From The Creators