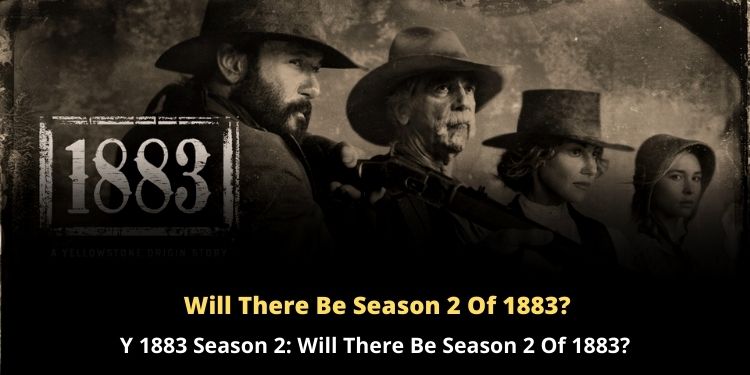 Yellowstone prequel 1883 has been garnering a ton of positive reviews and millions of views since its debut. However, with the first season wrapping up, the fans are curious to get updates on 1883 season 2.

So, will there be season of 1883? Here are the latest updates from the bucket of the officials.

Yellowstone prequel 1883 has won the hearts of the audience taking the story of the Dutton family to a new level. Loaded with hundreds of twists and turns the series has been an absolute thriller for the fans. While the tragic ending added the cherry on the cake.

Y 1883 Season 1 wrapped off on February 15, 2022. However, the fans were left with a bunch of questions unaddressed. Hence, they are now craving for the second part of the series. So, will there be season 2 of 1883?

Also Read –  Why Isabel May As Elsa Dutton May Leave Yellowstone 1883?

While Y 1883 Season 1 has been an instant hit, the fans were looking forward to season 2. Moreover, a rumor went viral a few days back that 1883 Season 2 is in the works. But the reality is utterly disappointing.

As per the latest statement of the series creator Taylor Sheridan, Yellowstone 1883 is a one-and-done venture of the franchise. In a recent interview, Taylor Sheridan confirmed that 1883 is not an ongoing series and has wrapped it off with season 1.

Though the show creator has revealed that 1883 is a limited episodes series, the statements from Paramount+ mismatches his calls. Recently, in an investor call, Paramount+ officially revealed that they will be ordering some fresh episodes of 1883.

However, as per our sources, the new episodes will jump into a new iteration, 1992, which will be a future setting with new cast members. Fingers crossed and let’s hope for the best.

So, what do you think will there be season 2 of 1883? Share your views in the comment box.