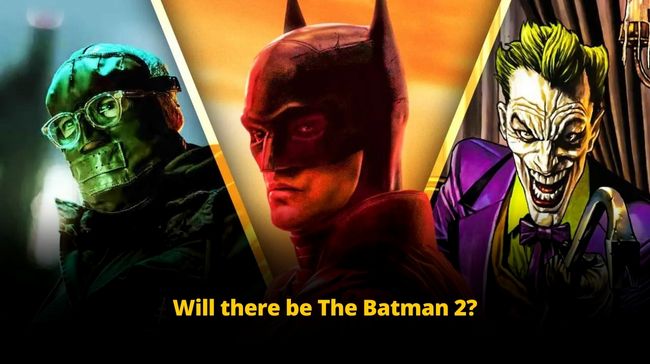 It’s high time we get an official announcement for The Batman 2, but DC and Warner Bros. don’t seem to be in a mood to do the needful anytime soon!!

Why expect The Batman 2?

Matt Reeves’ The Batman” was much loved and critically acclaimed by fans all over the world!! It was one of the most successful movies of the DCEU. Thus, a sequel to it was an obvious expectation by the fans.

Why Change In Plans?

The DCEU has not been up to the expectations of Warner Bros., and the management had to take several initiatives for the future of the DCEU. These required steps included axing many major movies, like Batgirl and a few more!!

Even if the movies are in production, Warner Bros. and DC are firm in taking corrective actions, even if the flick has to be chucked off in the middle of the output!! They are very prudent about the DCEU image as the same doesn’t hold a good impression and fan following when it comes to superheroes!!

The Batman – A Success Story

It is marked as one of the five highest-grossing movies of 2022. The surprising element is that despite being a hit and having such a huge fan following, DC has not yet announced a sequel to it!! If not the Batman 2, then what else should be expected now??!!

The studio has been going through significant changes post the merger of Warner Bros. Discovery.

The DCEU and the other DC universes have been going through a rough patch these days, and quite many movies which were announced earlier are now ‘in the development stage with no clear future!!

Any Hopes For The Batman 2 In The Future?

The Batman did leave doors open for a sequel with The Riddler meeting The Joker. Also, with The Batman marking its success at the box office, a sequel to it comes naturally!!

There are quite a few plans related to the Batman universe, including spin-offs. All this, along with The Batman 2, is being awaited with great excitement by the fans!!

It is pretty saddening for Batman fans to know that all the hints currently point to the movie The Batman 2 being pushed years from now!!

But it is not just with this flick. Many other films of the DCEU and the DC universes have been under the radar of the new management, who is visioning the DC future with a new perception that includes sacrifices, sacrifices of many movies that we have been waiting for quite a long now!!

Are you excited for the Batman 2 release announcement??!!