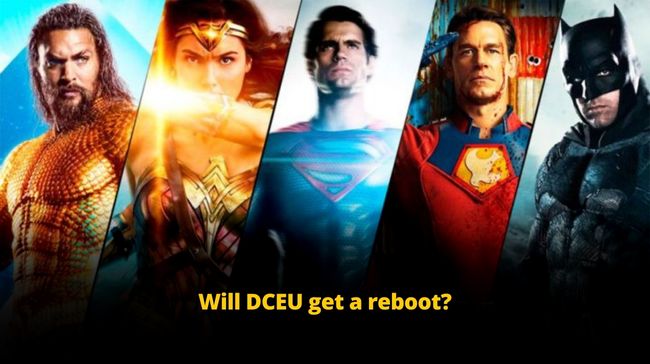 The recent earnings call from Warner Bros. discovery that happened on Thursday, August 5, 2022, has revealed some more information regarding the DCEU Reboot, and we are very excited to share the same with you!!

DCEU, AKA DC Extended Universe, shares a universe of superheroes and is an American Media Franchise. Here DC produces films, and Warner Bros. Pictures. are the distributors!!

The house has been witnessing a not-so-overwhelming panel at San Diego Comic-con.

After the announcement of the cancellation of Batgirl, the entire DCEU checklist is under scrutiny. There is an immense possibility of a significant DCEU reboot in the coming future!! The burning question is which all superhero flicks would be revamped and who is safe for now!!!

The Changes That Would Happen

This includes restructuring of the studio itself along with many Warner Bros. franchises and DC movies as well. The cancellation of Batgirl is a step towards the same hinted direction!! This has been a shocking revelation for the fans!!!!

The DCEU reboot is still not confirmed, but the house would undergo some significant changes! That includes a corrective course of action for movies, their budgeting and scale, and a few more.

But the fans can relax as the Aquaman sequel and The Flash will remain untouched!!!

We all have seen the impact Kevin Feige has made at Marvel. The Warner Bros. Discovery is too on a hunt to find their Kevin Feige at the earliest!! Alan Horn seems to be the obvious one here as he recently joined Warner Bros. post his successful run at Disney!!

The fans are wondering which reset button would be pushed for which projects.

Batman is one of the most muscular movies of DC and Warner Bros., and the reboot of Batman thus seems a little unrealistic for now. But the future might hold other plans that shall be revealed with time.

The Flash, too, could have some reshoots to ensure a better show!!

Superman and a Justice League is the need of the DCEU if they want to reshape the DC films.

The future of Henry Cavill as Superman is still unclear.

For now, the Snyderverse, too, is not being restored!!

DCEU 10 years down the lane

Though DCEU is hunting for their Kevin Feige, a DCEU reboot doesn’t mean that they will follow what Marvel created.

Their plan for the DCEU reboot includes carrying on further with what was successful and slowly removing what did not work well here.

Do let us know your views on the same!!