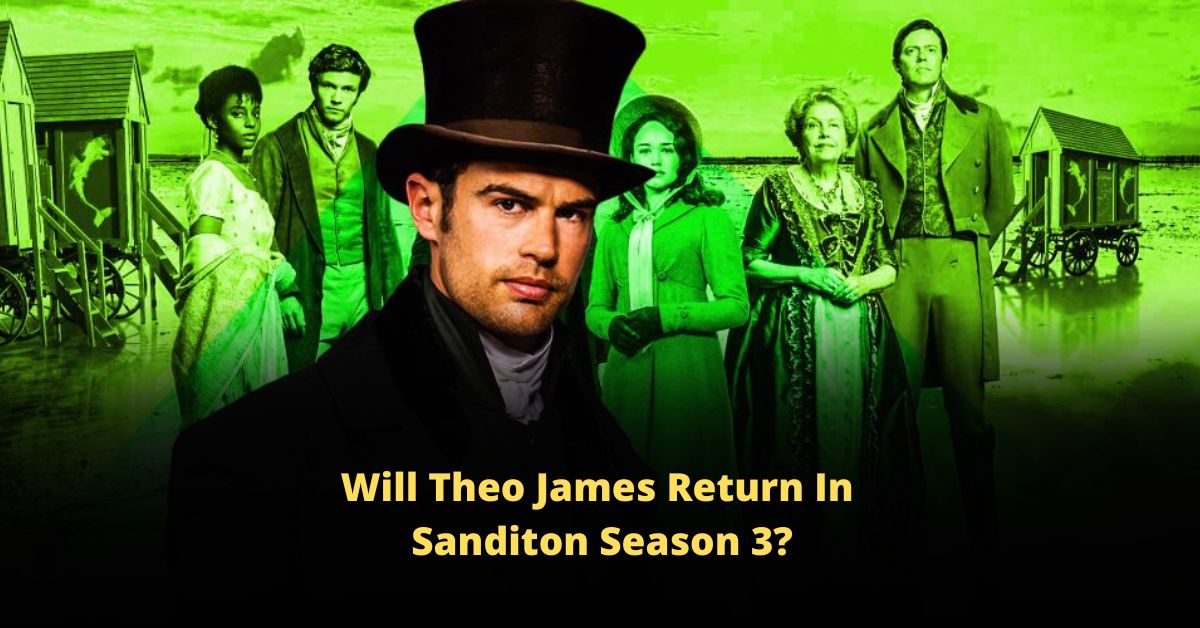 Will Theo James return in Sanditon Season 3? Creators finally opened up on the future of Theo James as Sidney Parker. Here is all we know.

Just before the debut of Sanditon Season 2, there were a bunch of rumors looming around the social media revealing Sidney’s absence in the new season. However, when the rumors turned out to be true, the fans were broken into pieces.

While the show creator, Justin Young revealed that Season 2 will definitely address the absence of Theo James as Sidney, the new season did as he said. But, it drop a shock that left the fans stunned. Season 2 premiere revealed that Sidney is dead.

So, did Sidney die? Or the creators are simply playing with the emotions of the audience? Moreover, the main question rolling around the fan forums and social media is – Will Theo James return in Sanditon Season 3? Here is everything we know so far.

Did Sidney Die In Sanditon?

Well, yes, Sidney was revealed as dead in the first episode of Sanditon. While the characters’ absence in season 2 haunted the fans, ultimately the story reveals that Charlotte’s first love is dead due to yellow fever during a trip to Antigua.

One of the charming elements of Sanditon that attracted the fans is the incredible chemistry between Charlotte and Sidney. In Season 1, the duo pushed the audience on a ride to edge-dropping emotion, love, romance, and separation. While the fans were craving to see how the story rolls in after Sidney departs from Charlotte, actor Theo James came up with the ultimate shock.

He decided to leave the show after one season. When the show creator Justin was questioned on why did Theo leave Sanditon, he said, “Theo made it very clear he did not want to come back, so we had to think how to engage with that.”

However, this statement ignited a counter-question – why did Sidney die in Sanditon? Why would the creators kill such a fan-favorite character? They could have recast the character of Sidney.

Well, to this the creator replied, “Obviously, we could not recast because that would have destroyed the integrity of our world. It would be implausible. So we thought we need to make clear to the audience right from the beginning that he’s not coming back. And need to let the audience grieve along with Charlotte.”

Well, the answer is a big no, as of now. Though this may be heartbreaking for the fans, this is what the actor has revealed. Moreover, the show producer, Belinda Campbell opened up on this matter. He said, “Theo had other opportunities, and he decided not to come back.”

He further added, “I think in fairness, his statement about responding to the broken love story aspect of it, I think he genuinely felt that. He felt that it was an original and exciting end, and he was happy to leave it there.” So, with these statements coming out it seems Theo James is not returning as Sidney Parker in Sanditon, not anytime soon.

13 thoughts on “Did Sidney Really Die In Sanditon? Will Theo James Return In Sanditon Season 3?”