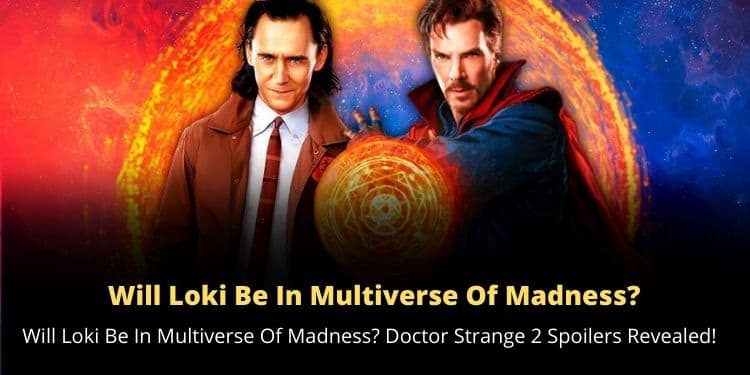 Hands down! Doctor Strange in the Multiverse of Madness will be featuring the largest cameo characters in Marvel history. Whether it’s Ironman or the Illuminatis, everyone will be boarding in for the movie.

However, with tons of main Marvel characters rumored to be in the movie, one of the hottest questions coming out is: will Loki be in multiverse of madness? Here is everything we know so far.

Will Loki Be In Multiverse of Madness?

The last time we saw Loki, it was an utter disaster. With Sylvia killing Kang the Conqueror, dark clouds surround the team in Loki Season 1. At the climax, we saw Loki stuck in TVA (The Time Variance Authority).

Although there are no confirmed updates, several rumors are floating around the Internet pointing towards Loki’s appearance in Doctor Strange 2.

Loki is with TVA, the organization which maintains the balance of time and creates time doors. So, the fans believe that it may have some connections to the multidimensional activities going on in Doctor Strange in the Multiverse of Madness. Therefore, Loki may shock every fan appearing in the upcoming Marvel Project.

Quick Update – Loki Season 2 is coming really soon as the shooting work will kickstart in the upcoming months.

So, what do you think, will Loki be in multiverse of madness? If the leaks turn out to be true, it would be insane to watch the God of Mischief gel up with the multiversal heroes.

1 thought on “Will Loki Be In Multiverse Of Madness? Doctor Strange 2 Spoilers Revealed! ”