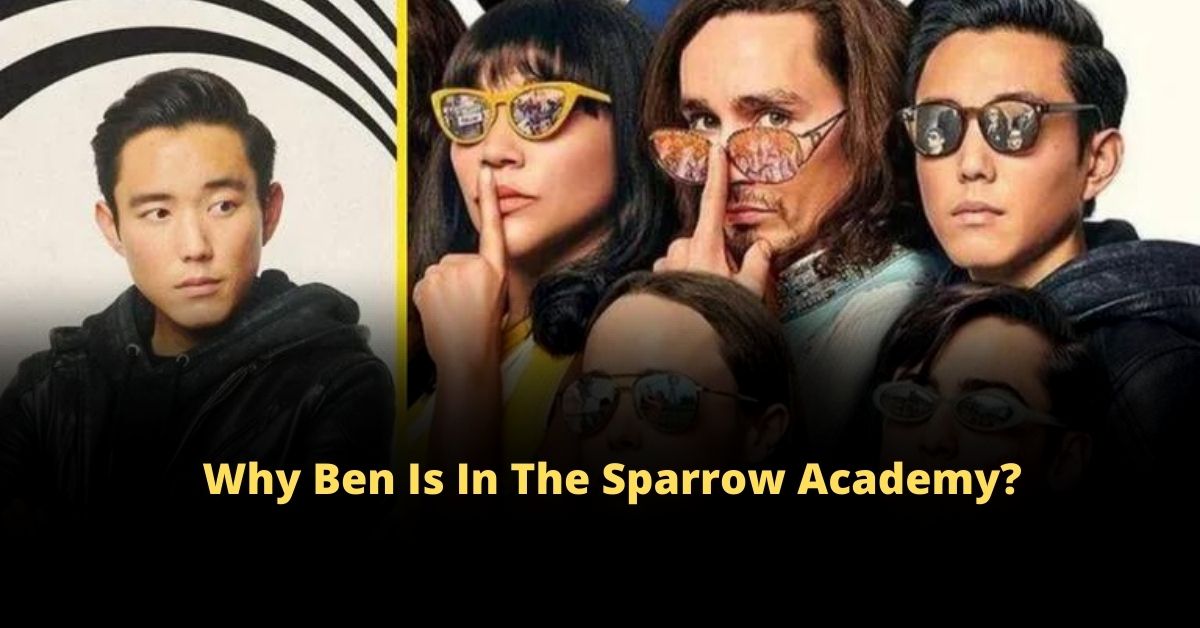 Season 2 finished with a cliffhanger for the whole Umbrella Academy crew. Following their inability to save the world from doom, they return to their present. They were absolutely amazed to see their father Reginald Hargreeves alive, as well as his other superhero team.

The Sparrow Academy consisted of the 43 super-powered children born to women who showed no signs of pregnancy the day before, and Ben, who the team had assumed was dead, alive and leading The Sparrow Academy. Fans couldn’t understand why the Umbrella Academy Ben died so young in season 1, and the cause of his death is still unknown. “I adore Justin and I love the character of Ben,” Blackman told Inverse.

Reginald’s Motivation for Creating The Academy of the Sparrow

Sir Reginald Hargreeves (Colm Feore) is a humanoid extraterrestrial who made a name for himself as an eccentric millionaire after buying and adopting seven of the forty-three children born on the same day in 1989 to women who weren’t pregnant the day before.

His goal was to prepare this chosen number of brilliant youngsters to become heroes and save the world from an impending catastrophe, which he foretold would occur. However, it is apparent that Reginald Hargreeves plans to change the future after meeting the adult Hargreeves siblings in 1963 and learning both of their inability to avert the apocalypse in 2019 and of his own death.

Ben was kept in the second team by Reginald

Flashbacks in season 2, episode 10 show the Hargreeves siblings gathered at the Academy for Ben’s burial. Reginald informs them that it is their responsibility that the Umbrella Academy Ben died. And while viewers do not yet know the entire circumstances behind Ben’s tragic death, it is evident that Hargreeves feels his brother was betrayed by his siblings. There’s even a rumor that Ben was Sir Reginald’s favorite, based on the fact that there’s a monument of him on the Academy grounds. It would make sense for him to see Ben as an excellent candidate for the Academy after his birth if he had no cause to reject him before.

When Reginald Hargreeves first met the Umbrella Academy in 1963, he despised them all for failing to save the world from the apocalypse. As a result, he adopted some other team of super-powered babies and dubbed them the Sparrow Academy. Because of the Umbrella Academy Ben’s superpowers, he couldn’t ignore them and thus became a member of the new academy.

One of the speculations concerning the Umbrella Academy Ben being alive and a member of the Sparrow Academy is that he is. The exact answers will be revealed to viewers only when Season 3 of the show airs on Netflix.

1 thought on “Why Is The Umbrella Academy Ben In The Sparrow Academy? Here Is The Shocking Truth”