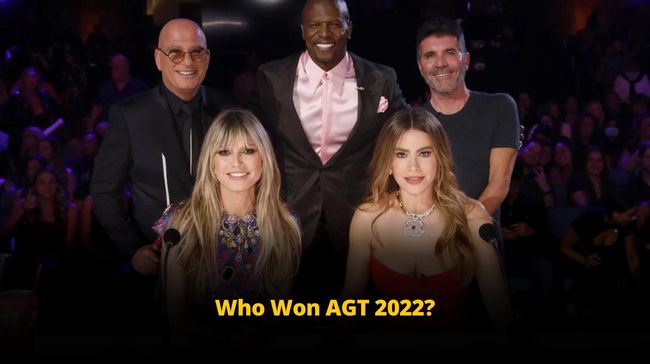 What’s American Got Talent all about?

With 5.7/10 IMDB ratings, this show is loved by so many fans. Amateur performers present their singing, dancing, comedy, and novelty acts to celebrity judges and a nationwide audience to advance in the competition and win a huge prize!

We can’t believe what’s happening, and it’s that good! Ah, the fantastic AGT 2022!

With the season finale, America’s Got Talent Season 17 wrapped up the NBC competition series at 9:00 pm.

The incredible judges were Howie Mandel, Simon Cowell, Sofia Vergara, and Heidi Klum. How amazing they were; we loved how they announced the winner’s name!

Without wasting any time, we can’t wait to tell you who won AGT 2022

There was hooting and celebrations all around. People were shouting, and the participant’s fingers were crossed, clueless about who would win the prize. And then lastly, amidst all the celebration vibes, the judges announced that the one who won AGT 2022 was none other than Mayyas as the winner. Yes, it was declared right after the 2 part finale.

Ah, well, that moment was just so good. Everyone cheered up the winners, The Lebanese Dance Group Mayas. Do you know what price they are taking home? Ah, it’s the grand prize of $1 million: woop, it’s such a crazy amount, but trust us, they truly deserve it!

Nevertheless, they awed the judges and audiences of AGT, too!

The Mayas were a female Lebanese group, Nicolas Ribs, Sara James, Metaphysic, Avery Dixon, Chapel Hart, Kristy Sellars, and so on. Ah, but who knew the Lebanese female group would win the hearts of so many? Ultimately, all were amazing, but they just wowed everyone more: agreed?

We were stunned when judge Howie Mandel shared that their act was the best one to date on AGT!!

Although Simone felt they would find success beyond the show, too! It looks like the judges admired and adored their acts. Everyone was shocked when one of the female group dancers shared that it’s not that easy as a female Arab Dancer is not always supported!

She was a pole dancer from Australia. We loved her blend of amazing effortless dancing with incredible digital media effects. Followed by Drake Milligan: the singer was the third runner-up!

You can also watch the finale episode on the AGT YouTube channel and NBC’s website. Stay tuned, and don’t forget to follow us, as we’ll be back soon with a bang. Sayonara!