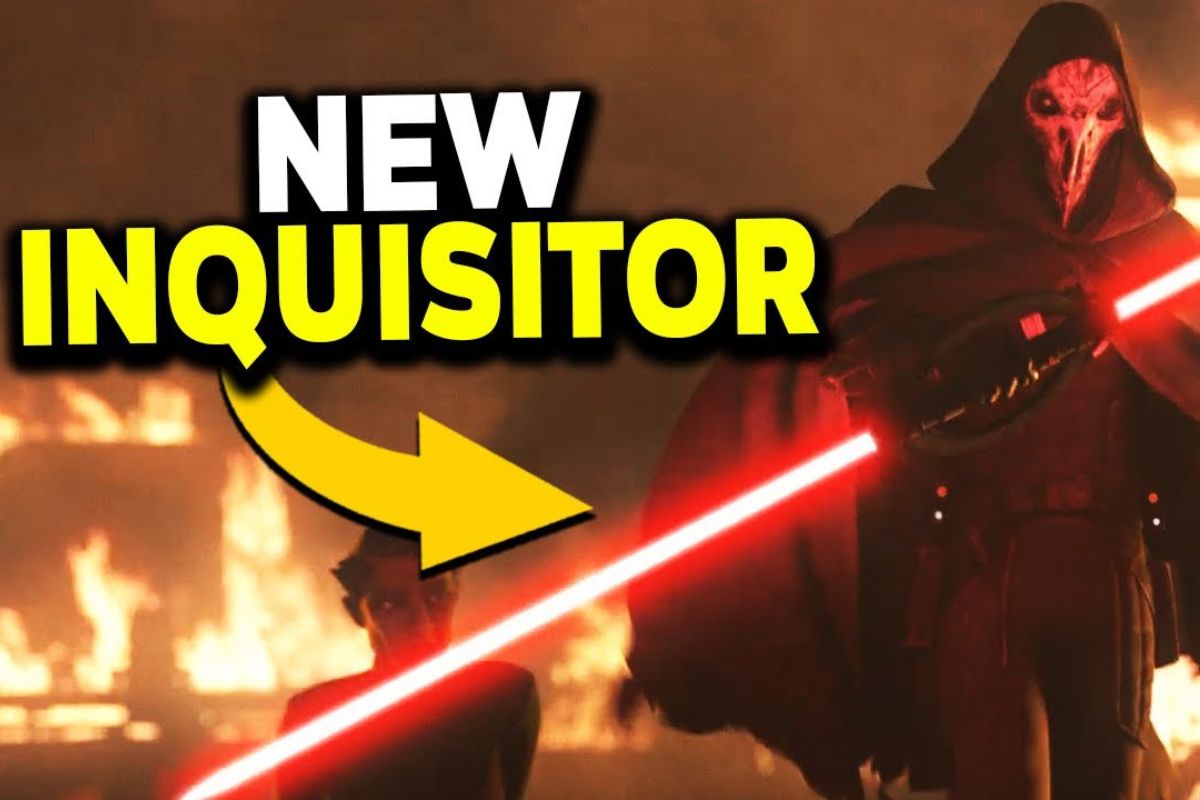 The American animated anthology series, created by Dave Filoni, debuted on the streaming platform on Wednesday, October 26th, 2022, with a manageable six episodes.

It expands upon the franchise by delving into characters from the contentious but increasingly respected prequel trilogy.

It follows Ahsoka Tano, while the other follows Count Dooku, which brings us to a villain introduced in episode 6.

Ahsoka Tano, a former padawan of Anakin Skywalker, battles a vicious, dual-lightsaber-wielding adversary after “Star Wars: Tales of the Jedi.” This creature destroyed the farm where she was hiding, and those keeping the runaway Jedi under their care were taken, prisoner.

This figure, played by the legendary Clancy Brown, is undoubtedly an Imperial Inquisitorius, but the hints as to who he is are a little hazy.

Who Was The Inquisitor In Tales Of The Jedi?

After the Disney Plus animated series debuted at D23 earlier in 2022 and revealed the Inquisitor, fans assumed this character’s identity. However, the episode reveals this is not the case. In the young adult book “Ahsoka” by E.K.

According to Canon, Ahsoka obtained the cool white lightsabers featured in The Mandalorian by stealing the kyber crystals from the dual-bladed lightsaber of the Sixth Brother.

Despite some similarities, the circumstances are significantly different because the Sixth Brother was putting down a rebellion and had to coax Ahsoka out of hiding.

Ahsoka used the Force to remove the kyber crystals from his lightsaber, which caused the blade to explode, to defeat the Sixth Brother. Since the book is part of the Star Wars canon, the program wouldn’t alter it.

In addition, the Inquisitor in Tales of the Jedi has an entirely different appearance than Sixth Brother; this one, spoken by seasoned voice actor Clancy Brown, resembles Darth Nihilus from the video game Knights of the Old Republic 2 more closely. He has a beautiful look. Thus, it’s terrible he was killed.

Tales Of The Jedi Inquisitor: They are not the same character, Canon confirms!!

In Darth Vader 6, the sixth installment of the Star Wars: Darth Vader comic book series, The Sixth Brother, is depicted. Although it was released in 2017 and is considered Canon, the Sixth Brother doesn’t resemble the Inquisitor from Tales of the Jedi in any way.

The killings of the Sixth Brother in Star Wars and the death of the Inquisitor are distinct, as those who watched episode 6 will be aware.

It is confirmed that these two characters are distinct because they are both canons. The uncertainty is dispelled by a different appearance and a different demise.

Read More – Star Wars: Who Is The Grand Inquisitor In Obi-Wan Kenobi?