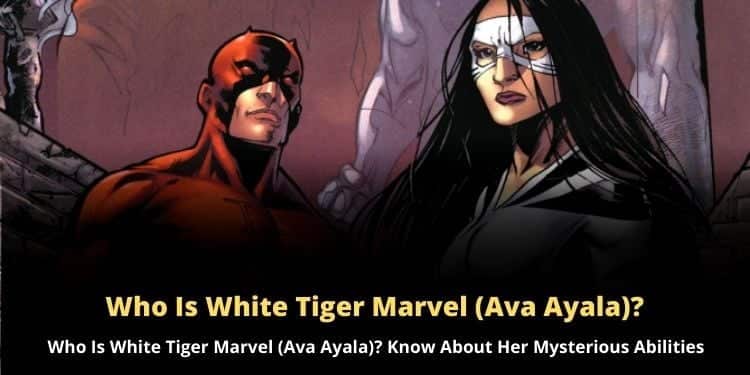 Who is White Tiger Marvel (Ava Ayala)? Make sure to read the complete article to know everything about this mysterious character.

Marvel comics has gifted the readers a bunch of super-insane heroes and villains. While some are incredibly popular, some are overshadowed by the plot. Recently, one of the Marvel comics characters which stepped into the limelight is the White Tiger (Ava Ayala).

So, who is this White Tiger Marvel (Ava Ayala)? Here are all the details on this marvel character.

Ava Ayala was the youngest sister of Hector Ayala, the first White Tiger Marvel. She was incredibly passionate, and she wanted to continue the legacy of her family. So, after getting hands-on with the Jade Tiger Amulet, Ava Ayala took the alias of the “White Tiger Marvel.” She inherited the Amulet from her aunt, Angela del Toro.

Ava Ayala was introduced as the White Tiger in the Avengers Academy arc, where she joined the roster at California-based Avengers Compound.

Later we will find her in the Mighty Avengers arc, when she joins the Heroes for Hire, along with Victor Alvarez and Luke Cage. She was also a part of the Defenders.

Also Read – Who Is Ironheart Marvel?

1 thought on “Who Is White Tiger Marvel (Ava Ayala)? Know About Her Mysterious Abilities ”