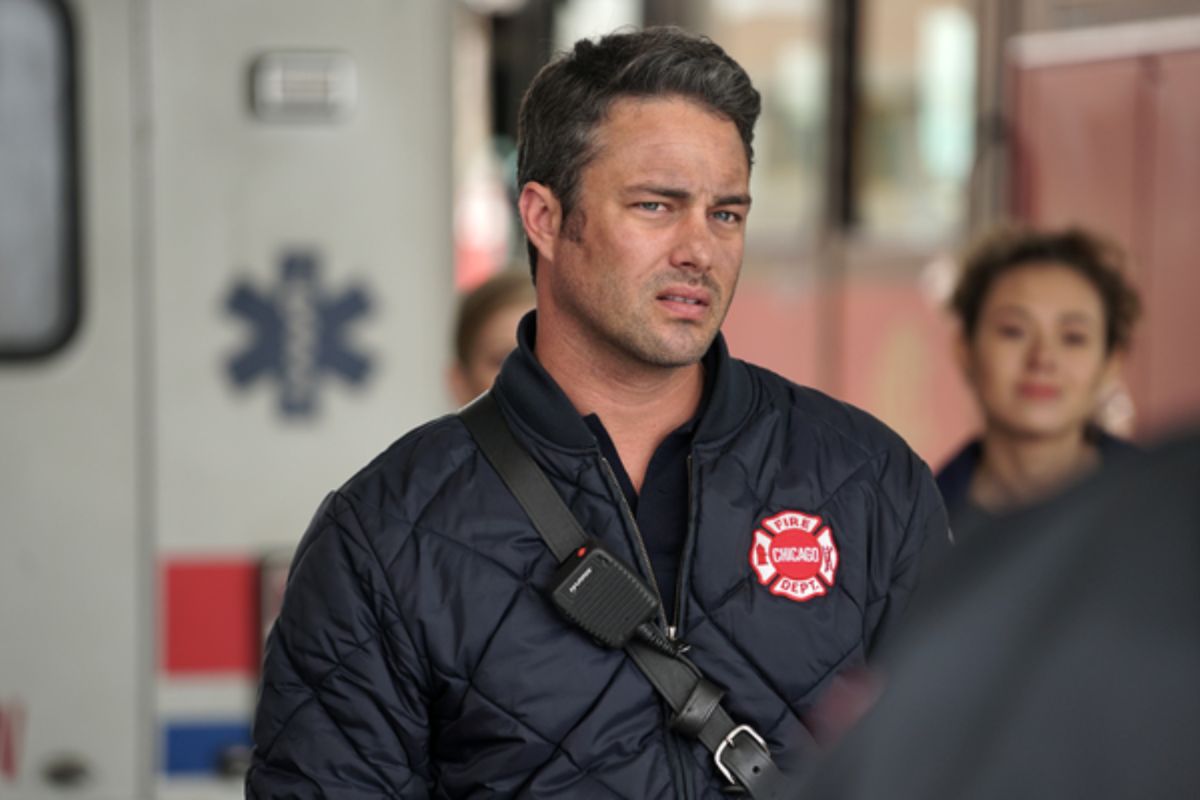 How have you been? Hope you’re doing good and having a fabulous day. If you aren’t, we are right here to make your day a little bit interesting with this sizzling news.

So, any guesses on what’s it all about? Oh, la la, it’s about Chicago Fire. Yes, today we are here to tell you who is leaving Chicago Fire In 2022 and who are the new additions.

Any guesses? Well, we can’t even think of giving any wild shot for it, but without wasting any time, let’s get going.

It’s an American drama television series created by Michael Brandt and Derek Haas, with Dick Wolf as an executive producer.

Chicago Fire follows the professional and personal lives of firefighters, rescue personnel, and paramedics of the Chicago Fire Department at the fictional Firehouse 51.

The series first premiered on NBC on October 10th, 2012. And then recently the eleventh season premiered on September 21, 2022!

Some details about Chicago Fire Season 11

Ah, to be honest, Chicago Fire Season 10 didn’t end on a big cliffhanger! All the focus was revolving around Stella Kidd and Kelly Sever-ride’s wedding. Although, Gabriela didn’t return for the oh-so-big day! But with the two episodes cast, the next episode that fans are dying to see is released on October 6th.

It’s assumed that Chicago Fire Season 11 would approximately have around 22 episodes. Looks like we are dying to see how the story is going to lead in the upcoming episodes!

There’s indeed a crazy trailer for Season 11, too. Episode 3 of season 11 is named “Completely shattered”.

OMG, who is leaving in Chicago Fire Season 11?

Someone won’t make it: what does it mean guys? Who won’t be able to make it up? Ah, these are the words that get plastered on the screen of the Chicago Fire Season 11 Episode promo.

Although, we love it. But there’s so much suspense, thrill, and drama behind this line—right? The show has literally done so much to develop all the truck and squad members and now losing any one of them would be such a heavy loss for the series!

Who dies in Chicago Fire Season 11 or probably dies?

The most obvious character would be Sam Carver. He has proved that he’s a shaky one, which is why Taylor Kinney has to help him out and while his heart is in the right direction, one wrong move could mean the difference between life and death!

Also, as we know he’s the newest on the team, and probably the easiest one to lose. We also wonder why so less is known about Carver, and also we are not much connected to him as compared to the incredible Ritter or Mouch!

OMG, we love them so much, our hearts would be shattered, if they are the ones dying or leaving!

But, what if the show kills an established and most pivot character?

Yes, for a sudden twist or shock, this could happen. We feel Chief Hawkins and Teddy Sears would still make sense to lose.

We can’t even imagine Hawkins burning in that apartment! We feel all this should be happening in the later upcoming episodes and not so early!

Also, where can one watch Chicago Fire Season 11?

It’s available to watch on NBC, as well as streaming online via catch-up the following day on Peacock. As this is an exclusive series, it’s not available on any other platforms!

Ah, it’s going to be a crazy tense full week ahead

So guys, have you got your answer? Who is leaving in Chicago Fire Season 11? Do comment who will die or leave according to you! Stay tuned and don’t forget to follow us! Sayonara!

Read More – Where To Watch The Munsters 2022 Free Online? Is It On Netflix?