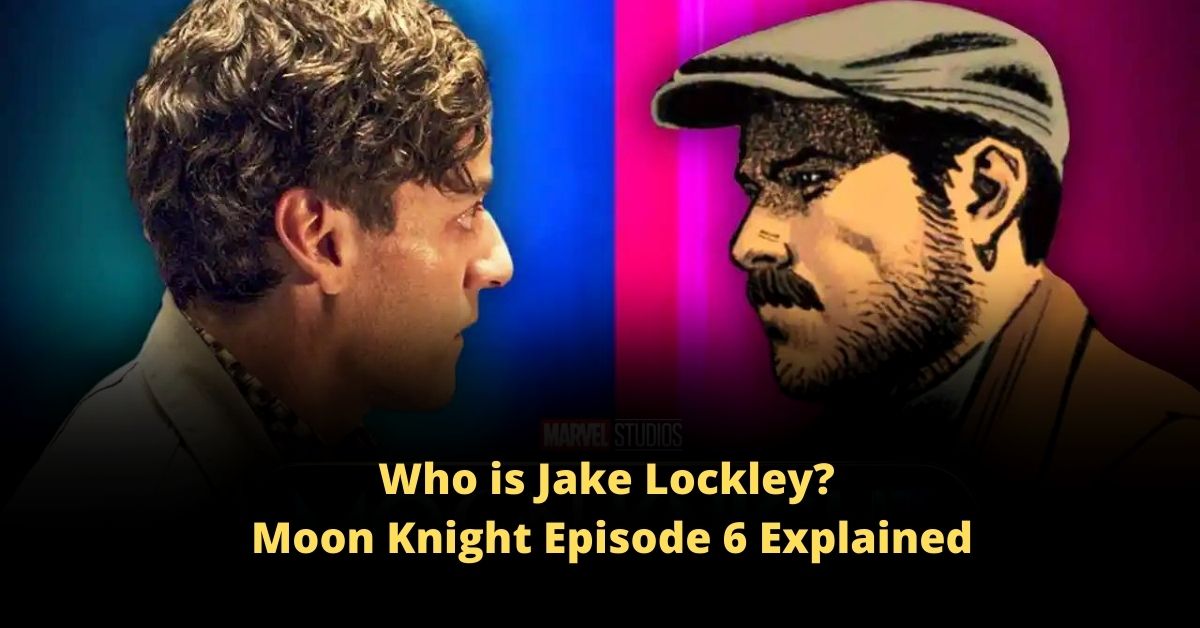 If you have watched Moon Knight Episode 6, one question that may be confusing you is – Who is Jake Lockley? So here is all we know about the new character.

The sixth episode of Moon Knight was a roller coaster ride. With a new shock on every step, the latest installment delivered jaw-dropping entertainment to the fans. While the fans were slowly trying to digest everything that happened in the first 36 minutes, the post-credits scene transfixed the audience.

Moon Knight Episode 6 post-credits scene came up with a new character, Jake Lockley, the man who encountered Arthur Harrow. So, who is Jake Lockley? Here is everything we know about Marc’s third persona.

While the fans saw how Moon Knight episode 6 made a twisted ending in Steven’s flat with both personalities of Marc co-existing, the post-credits scene brought the ultimate shock.

In Moon Knight’s post-credits scene, the fans are dragged to a medical setting, with Arthur Harrow now a patient. However, suddenly we see a Spanish-speaking character appearing in the scene and wheeling down Harrow to a car.

While the scene stunned the viewers, the shock is yet to come. As we sneak inside the car we find Khonshu, the Egyptian God resting in his new super-cool suit. While Arthur Harrow bursts out in the confidence that Khonshu can’t kill him, the Egyptian God makes the ultimate revelation.

He says, “Marc truly believed that after we parted ways, I wanted his wife to be my avatar.” “Why would I need anyone else when he does not know how troubled he truly is?”

All of sudden, Khonshu introduces Harrow to his friend, Jake Lockley, the deadliest personality of Marc Spector.

When Khonshu releases Marc so easily at the end of Moon Knight Season 6, we know the question may be haunting you: is this the end of Oscar Isaac as Moon knight? Definitely not. Things are not as simple as it appears. Marc has not really been released from the clutches of Khonshu.

So, in case, you were wondering who is Jake Lockley? We hope you got your answer. Jake is one of the personalities of Marc Spector. In the comics, Jake is a street-smart taxi driver, who uses his job to gather precious information from the streets.

Though Jake Lockley is a violent personality of Marc in comic books too, it seems Marvel has amplified the deadliness in his character. While Marc had a blackout during the fight with Arthur Harrow, it was Jake Lockley who killed all his men and defeated Ammit’s new avatar.

Will Moon Knight Have A Season 2?

Moon Knight Season 1 post-credit scenes have left a burning question on how will Jake Lockley work with Khonshu while Steven and Marc remain none-the-wiser.

It’s pretty obvious that Steven and Marc will notice the new Jake-induced blackouts. Moreover, it’s Marc’s body and all these personalities reside in it. So, both Marc and Steven will also be able to tap into the powers gifted by Khonshu.

Apart from that, there is a lot to explore about who is Jake Lockley? His past, his present, and much more. So, the fans are definitely expecting one more season of Moon knight.

What do you think, will Moon Knight have a season 2? Tell us in the comment box.