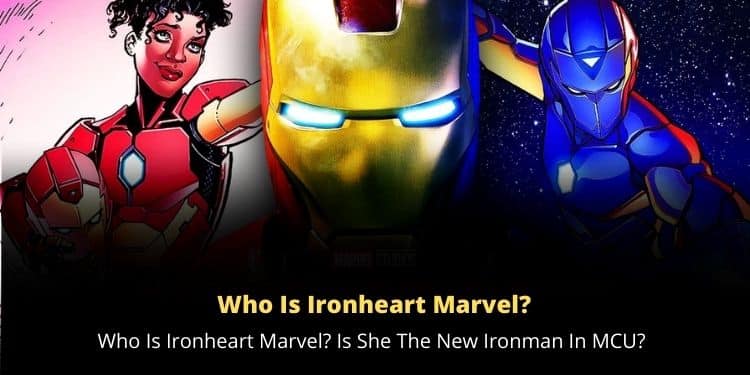 With the hot news coming out that Ironheart will be debuting in MCU with Black Panther 2, the fans are curious to know who Ironheart Marvel is and why Marvel is bringing her character to the cinematic universe.

While MCU picked up some of the super popular characters from the comics, down the corners there are many more exciting characters. Marvel comics are rich with superheroes.

However, finally, it seems the MCU is slowly and steadily dragging in some characters from comics. Ironheart is one of them. She is ready to make her MCU debut with Black Panther. But who is Ironheart Marvel? Is she the next Ironman? Here is everything we know about the character.

Who Is Ironheart MCU?

Ironman’s exit from MCU brought the fans to tears. However, with MCU unleashing its new phase, it seems the franchise has got the replacement for Tony Stark. So, rather someone to carry forward his legacy.

MCU is gearing up to introduce a young superhero titled Ironheart in the upcoming movie, Black Panther: Wakanda Forever. But who is Ironheart Marvel? Let’s take a sneak peek at her origin story.

Also Read – Ironman Vs Batman – Who Will Win?

Riri Willaims was the daughter of Sharon Williams and Riri Willaims Sr. While as a young girl, she was highly intelligent, her introverted nature barred her from unleashing her true potential. However, witnessing her step-father and sister murdered, Riri got a trigger, and she decided to weave a high-tech suit just like Ironman.

Though she infused all her intelligence, at the end of the day, the suit turned out to be a failure. But it attracted the attention of Tony Stark. So, when Ironman fell into comics after the fierce battle in Civil War II in comics, Riri stepped in to take the superhero responsibilities and became Ironheart. With Tony Stark’s AI’s assistance she became the new Ironman in the comics.

So, now that you know who is Ironheart Marvel, what do you think about this new character in the MCU? Let us know in the comment section.

2 thoughts on “Who Is Ironheart Marvel? Is She The New Ironman In MCU?”