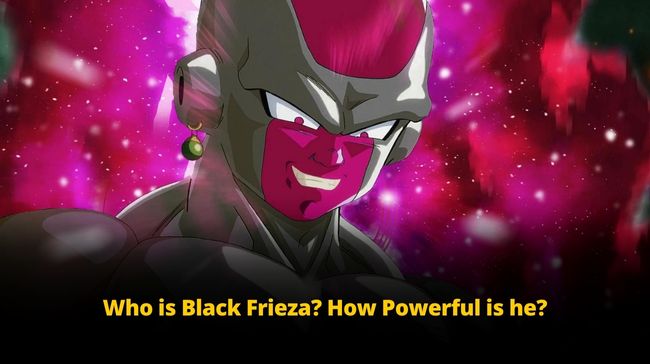 So, fans, have you read Dragon Ball Super chapter 87 or got your hands on the spoilers? If yes, tell us, who is the strongest being in the universe? Gas? Ohhhhh, no. The Universe 7 tyrant and the greatest villain of the franchise is back. The mighty Frieza has returned with a new even deadlier form. So, will he be the main villain in Dragon Ball Super Chapter 88? Here is all we know!!

Dragon Ball Super Chapter 87 has revealed Black Frieza. A 10x deadlier version of the giant. But who is this Frieza Black actually and how did he achieve the form? Here is all we know so far.

Who Is Black Frieza?

Frieza, the greatest foe of the Z-fighters has finally returned in the latest chapter of Dragon Ball Super. But he is not the old golden Frieza now. The tyrant has achieved a new, super-powerful form and he is now titled “Black Frieza.” Read on to know how he achieved the form and how powerful is the giant now.

How Did Frieza Achieve His Black Form?

Frieza is back with a new transformation. As per the manga, the tyrant has been training for 10 years in a Hyperbolic Time Chamber which he found on a planet that he conquered. He unlocked a brand new transformation called “Black Frieza.”

How Powerful Is Frieza Black?

In simple words, we believe, Black Frieza will be the greatest threat the Z-fighters have ever faced. A greater threat than Gas? Yes. In Dragon Ball Super chapter 87, Frieza appears all of a sudden and destroys Gas with a single blow. He then kills Elec and reveals his new transformation, “Black Frieza.”

While the most powerful entities found no match to Gas’ powers, Frieza’s arrogance and excellence are enough to prove that he is now unstoppable. Furthermore, he defeats UI Goku and UE Vegeta with a single blow. After this do you guys want a definition of his powers? He is a living beast now…

Will He Be The Main Threat In Dragon Ball Super Manga New Arc?

Did you think Frieza went all the way good like Vegeta after the Tournament of Power? Well, definitely not. He is still one of the biggest foes of the Z-fighters. So, we believe he will continue to walk on the evil paths and he will be the main threat in the new arc. So, are you ready for a bombastic arc again? Share your views in the comment section.