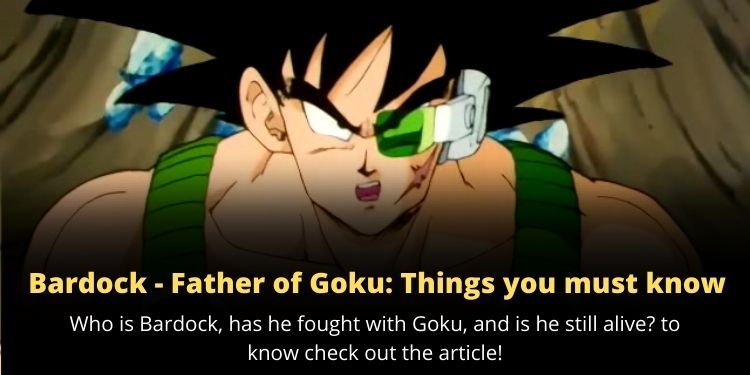 Dragon Ball is an anime series that has a lot of interesting characters, Bardock is one of them. Bardock has been a low-key character with very less information on the internet. If you want to know more about Bardock, his history, who he is? then Tune into the article to know more.

Who is Bardock? Let’s check that out. Bardock is the father of the protagonist of the popular anime series Dragon Ball’s Goku. Bardock is the husband of Gine and a member of the Saiyan army. He was the low-class Saiyan member of the Frieza Army, and he was first seen in the 1990 TV special Dragon Ball Z: Bardock – The Father of Goku. Bardock’s childhood and adulthood are unknown for till now. He has been shown as the leader of his squad in the battle.

Bardock is the father of Goku, and he is befitting of being the father of the protagonist. But when it comes to fighting with Goku, things get a turn here. Bardock has an energy Canon that is quite feared for his opponents. But this time, his opponent is his son, Goku.

Goku tends not to give up until he defeats his opponents, and that is the quality that will be challenging for Bardock. Bardock can fight with Goku, but he cannot defeat Goku as he has performed the ultra instinct and managed to surpass the levels of Gods.

In 1990, Bardock movies got aired, Dragon Ball Z: Bardock – The Father of Goku. This movie got dubbed and again aired in English in 2000. In the movie, it is shown that Bardock had a child, Kakrot, who was born on the planet Vegeta and he was set out to planet earth to destroy all the life forces of that planet. This movie was re-released in May 2008 Dragon Ball Z: The History of Trunks.

Dragon Ball Z, Bardock is the father of Goku and represented as the low-class Saiyan who has worked in Frieza’s army. Bardock was seen in the first episode of Dragon Ball Z Kai; he was seen confronting his battle leader Frieza.

He was trying to attack him with the Final Spirit Canon to change the future. In Dragon Ball Z, Bardock has been a part of the Frieza Saga and Saiyan Saga.

Bardock is a very capable Saiyan army captain. He has shown in the movie as the Saiyan who has defeated Frieza’s elite captains. Bardock has also snapped through dozens of Frieza’s soldiers to reach his ship. He was also unbothered with Dodoria’s Energy Cannon.

Bardock’s power level has been rumored as 10000 as he is assured of surpassing Saiyan Prince’s, Vegeta’s power levels, that is 18000. Akira Toriyama stated that Bardock is the strongest low-class Saiyan, but he has not the power levels to reach the mid-class.

Yes, Bardock is still alive. He was shown confronting Frieza and his army to save Ipana from Chilled’s soldiers. He was caught up in the wormhole, the center point of Frieza’s supernova attack, but Bardock managed to run through the attack, although that sequence injured him a lot, and he was found in a bed on some planet name Planet Vegeta.

Bardock has been a mystery character for many Dragon Ball fans but this was all the information that you should know about Goku’s father, Bardock. Comment down what you think of him and will he be able to surpass Vegeta in near future.