Where To Watch Dragon Ball Series For Free Online?

Dragon Ball is one of the flagship anime franchises that gifted the world a bunch of super-duper hit series. So, where to watch Dragon Ball series for free online? Here are the top platforms.

In today’s date, there are hundreds of anime shows. However, there are only a handful of shows which performed well globally, developing a huge fanbase. Dragon Ball is one of them. Delivering a bag full of super-entertaining series, the franchise acquired a special place in the hearts of anime lovers. The series offered the perfect blend of action, drama, humor, characters, and animation which astonished the fans.

As of now, there are a total of 20 Dragon Ball movies and 6 anime series. But where to watch Dragon Ball series online? Here is all we know.

Where To Watch Dragon Ball Series In Order For Free Online?

All the Dragon Ball series and movies are distributed across the Internet on different platforms. So, Sassyshows is here with the complete list of platforms where you can stream your favorite anime show, Dragon Ball. 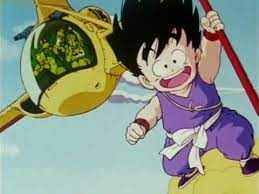 Dragon Ball original series is one of the fan-favorite ventures of the franchise, which introduces kid Goku and his adventures. All the episodes are available on popular streaming platforms such as – AnimeLab, Hulu, and Funimation.

Next comes the most-watched Dragon Ball series, Dragon Ball Z. Covering a bunch of supervillains and some insane transformations, Dragon Ball Z is available on Funimation, AnimeLab, and also on Netflix for the Japanese audience.

Though Dragon Ball GT is regarded as one of the worst creations of the franchise, there are some amazing transformations that will blow your mind. You can watch all episodes of Dragon Ball GT available on Funimation, AnimeLab, and JBOX.

Dragon Ball Kai is simply an improved version of Dragon Ball Z. After the immense success of the Z series, the creators opt for a remake for the western audience. You can watch Dragon Ball Kai on JBOX and Funimation.

Dragon Ball Super is one of the most hyped series coming from the franchise. Showcasing the concept of the multiverse and multiversal villains, the series got immense success. You can stream all episodes of Dragon Ball Super available on Prime Video, Crunchyroll, JBOX, Funimation, and AnimeLab.

Dragon Ball Heroes is a 100% promotional series that turned out to be a fanservice show. It delivers the most-anticipated fights, transformations, and more to the audience. You can watch the super-exciting episodes online on YouTube for free.