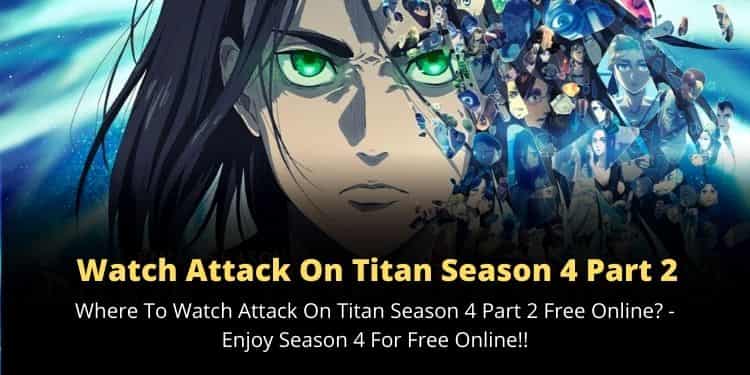 One anime show that has impressed the audience with its mesmerizing story and insane characters is Attack on Titan. It has turned out to be one of the biggest series that got incredible love and support from the fans.
All the third previous seasons of Attack on Titan racked up incredible ratings and the latest season 4 part 1 too got a million praises. However, after the release of Attack of Titan Part 4, the fans are curious to know when is the second part dropping and where can they watch Attack on Titan Season 4 Part 2. 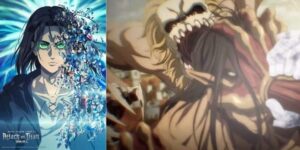 If you are one of them, no worries as you are at the right stop. In this article, we have presented all the known details on Attack On Titan Season 4. So, without any further ado, let’s jump into it.
All Attack On Titan fans gear up as the wait is finally over and the second part of Season 4 is knocking at our doors. The much-anticipated second chapter of Attack of Titan season 4 will mark the climax of the top-rated wild action-animated series.
So, it’s pretty obvious the creators will end it on an explosive note introducing some mind-boggling twists and turns to present the audience with an ultimate ride to madness.

Attack On Titan debuted back in 2013 and grabbed the spotlight with its incredible story and nail-biting animation. The plot follows Eren Jaeger, a youngster who vows to protect the world from gigantic humanoids aka Titans, who are here to drive humanity to extinction.
The team of heroes comprising Eren, Mikasa Ackermann, Armin Arlert, and more is ready to save the world. 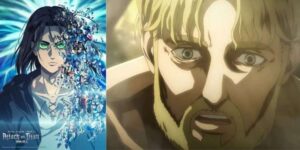 Attack on Titans Season 4 Part 1 marked its climax with its 16th episode. As of now, the plan to free the earth from the gigantic Titans has been crafted. Eren got the offer to be a part of the Jaegerists, and the evils are ready for deadly combat.
The first half was simply insane, loaded with pieces of action and thrill, it made the audience crave for more. So, they are looking forward to one more insane chapter – Attack on Titans Season 4 Part 2. So, when is season 4 part 2 dropping on our screens? Here is everything we know so far.

Attack On Titan Season 4 Part 2 Release Date – When Is The Second Part Coming?

As per the official confirmation, Attack on Titan Season 4: Part 2 is set for a premiere on January 10 at 12:05 am. The officials will drop the episodes on a weekly schedule, i.e., on every Sunday.

How Many Episodes Will Be There In Attack On Titan Season 4 Part 2?

As per the official announcements from MAPPA, the studio crafting the show’s final chapter, Attack On Titan Season 4 Part 2 will bring 12 incredible episodes to entertain the fans. After the official release of the second part, the North American audience can expect the inclusion of English subtitles in the series.

Where Can I Watch Attack On Titan Final Season Part 2? 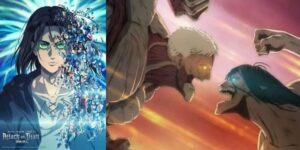 Where To Watch Attack On Titan Season 4 Part 2 Episode 1 Online?

Attack on Titan is one of the trending Japanese post-apocalyptic series that got incredible love from the fans. The story portrays a post-apocalyptic setting showcasing the man-eating Titans who appeared 100 years ago.
The evils push the world towards the doors of carnage and here steps in Eren Jaeger, a hero to protect the world. Soldier Eren witnesses one of the Titans devouring his mother which instills the fire in him to destroy every Titan. He forms a team to fight with the evils and demolish them.
If you are a true anime fan, we hope you must have watched all three seasons of Attack on Titans, and now it’s time for the final blow. Attack on Titans recently dropped the first part of its season 4 and it was a big hit. So, now the wait is for Attack On Titan Season 4 Part 2.
But sadly, this will mark the climax of the series. Therefore, if you are a fan wondering where can I watch Attack On Titan Final Season Part 2, here is everything you need to know.

With the popularity of Anime shows reaching new heights, every now and then the creators are dropping a new streaming platform consisting of an insane library of the top anime shows.
Even the streaming giants like Netflix, Amazon Prime Video, and more are dragging in new anime content to capture an even more extensive audience base.
With several streaming platforms flourishing all around it may be difficult for the fans to know where to watch Attack On Titan Season Four Part Two free or with minimum investment. But, no worries as we are here to guide you. Here are the best platforms to watch AOT season 4 part 2 episode 1 and more –
Crunchyroll
Crunchyroll is presently one of the streaming giants when it comes to anime shows. It has a huge library of flagship anime shows. Whether it’s Dragon Ball, Naruto, or Attack On Titan, the platform covers all the top anime series.
With minimal subscription fees, Crunchyroll offers tons of options to the viewers. If you are one who wants to enjoy Attack of Titan Season 4 Part 2 for free, you can grab the free trial version of Crunchyroll. But be aware to cancel your subscription once the free trial period is over, or else the renewal fees will be deducted from your account.
Funimation
Funimation offers the largest collection of English-dubbed anime shows and series with tons of subtitles from the Japanese anime world. Funimation offers a monthly membership option of $7.99 per month and a Funimation Premium Plus Ultra plan costing $99.99 per year.
However, if you are confused about where to watch the new AOT, Funimation can be your ideal stop. You can get your free account on it and explore the free content on the platform.
Netflix
Netflix is one of the flagship streaming platforms globally. With the most extensive audience base, the platform has hundreds of anime shows and movies.
If you want to watch Attack on Titans Season 4 Part 2 on Netflix, you will have to wait for a bit more as it will take some time for Netflix to bring the series after its official release.
As of now, if you are a subscription holder of Netflix you can enjoy the previous seasons on the platform anytime and anywhere.
Amazon Prime Video
The old seasons of Attack on Titan are available on Amazon Prime Video. All the prime members can stream the series on their devices anywhere and anything. Amazon Prime Video offers both monthly and yearly subscription options. So, what are you waiting for? Go grab your prime membership.
Adult Swim
All the first three English-dubbed seasons of Attack on Titans are on Adult Swim’s Toonami block. The series debuted on Adult Swim back on back on May 3, 2014. While the third season of AOT ran from August 2018 to July 2019.
So, it’s pretty obvious Attack on Titan Season 4 Episode 1 full episode and more will also debut on Adult Swim sometime. So, keep an eye on our website as we will inform you once the show is dropped on the platform.

Attack On Titan Season 4 Part 2 – What Will Happen?

If you have read the original Attack on Titan manga, the scenario of the last part of the series must be clear to you. We witnessed how the midseason finale set the platform for a rematch between Reiner and Eren.
However, Attack on Titan has not yet revealed the fate of Levi and has not portrayed what’s happening with Zeke in the stomach of the deadly Titan. It’s pretty obvious that Eren will surely unlock his full potential of founding Titan, with or without any assistance from his brother.
But the main question that may strike the fans is – Is Eren a major threat to the world? Attack On Titans Season 4 Party 2 will explore deeper into the facts and reveal some thrilling twists and turns. So, fans gear up for the ultimate treat.
Frequently Asked Questions (FAQs)

Q1) Where We Can Watch Attack On Titan Season 4 Part 2?

Q2) Is Attack On Titan Available On Netflix?

Ans – As of now, Attack On Titan’s new season is not available on Netflix. We will have to wait for a few months for the show to land on the platform.

Q3) Which Is The Best Website For Watching Attack On Titan?

Ans – If you are curious about Attack on Titan Season 4 Part 2 where to watch, now you don’t need to wander around different streaming platforms as the new episodes of AOT Season 4 are available on Hulu and Crunchyroll.
You can get a subscription to any of the two platforms and enjoy streaming AOT Season 4 anytime and anywhere.