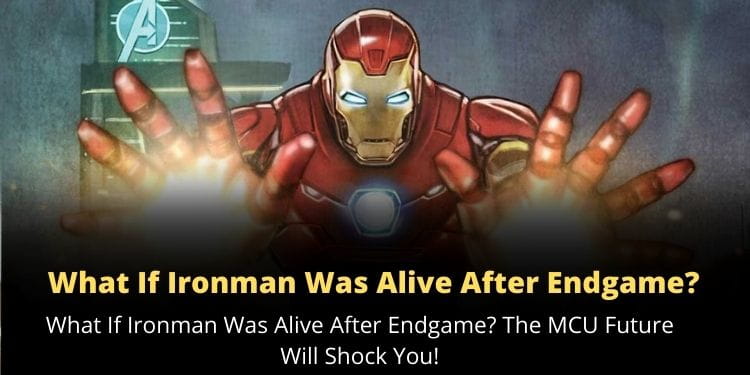 What if Ironman was alive after Endgame? This is one of the trending questions storming around all major Marvel forums and social media handles.

So, today, Sassyshows will deliver a clear picture of what may have happened if Tony Stark aka MCU Ironman was alive after Avengers: Endgame.

The exist of Tony Stark aka Ironman from MCU was incredibly heartbreaking for the fans. Right from his debut in Marvel Cinematic Universe, Ironman has been one of the fan-favorite as well as most powerful characters.

With some insane technology under his belt, Tony Stark has always impressed the fans as well as his fellow teammates. MCU’s Ironman was one of the strongest non-powered humans who ever resided on Earth.

The fans were simply obsessed by the character. But Marvel finally dragged out Ironman from MCU and the reason announced was Robert Downey Jr.’s increasing age and the expiry of his contract with Marvel Studios.

While these may be some reasons for Robert’s exit from MCU as Ironman, it seems Marvel has other interests behind it too.

Curious to know what if Ironman was alive after Endgame? Here are all the detailed explanations –

Fate Tony Stark After Avengers Endgame – What If Ironman Was Alive After Endgame?

Ironman was one of the most powerful and technically advanced characters in the Marvel world. So, with every year passing by Tony Stark was polishing his technology and climbing the ladder of power.

Therefore, if he would have managed to survive beyond the Avengers: Endgame, he would have turned out to be the most powerful entity in the universe. He would have changed to an unstoppable force whom every creature would have feared, even if it’s a God.

So, if you are craving to know the aftermath scenario if Tony Stark managed to save a life in Endgame, here is how Ironman would have been –

PYM particles were one of the most powerful as well as the deadliest things in MCU. If you are a Marvel fan who has watched all movies, you would definitely know about the endless attempts, Hank Pym made to safeguard the PYM particles from Tony Stark. He always said, “Never Trust On Any Stark.”

This was because, Hank knew that if Tony got hold of his technology, we would have easily replicated it to make an advanced version and then he would be unstoppable.

So, just think about it, Tony Stark finally got his hands on the PYM particles in Endgame. Therefore, if he would have survived after Endgame, Tony could have easily replicated them and used them in his Ironman suit to make it insane.

Curious to know how? Let’s take you to a flashback.

So, if we hail back to Avengers: Age of Ultron, there we witnessed how Jarvis misread the structure of the infinity gem. However, it speculated that the gem is insanely powerful, even more, robust than a fully developed supercomputer..

While in Ironman 2, we saw how Jarvis instantly analyzed the molecular structure of a complete element and revealed how to weave an element for an arc reactor. So, it was pretty clear that Tony, with every passing year, was improvising his technology,

Therefore, a man who invented such an insane technology would have easily done something big within weeks of getting his hands on the PYM particles. Well, if you are a Tony Stark fan, you know he craves perfection. Whether it’s modifying the Mark 1 suit into something incredibly light-weighted and aero-dynamic or inventing the gesture propulsion technology, Tony has always made things perfect.

Apart from that, in Avengers: Age of Ultron movie, we saw how Helen Cho mocked Tony’s armors saying her creation, the Regeneration Machine is much superior to piles of metals in his suit.

However, the audience got the ultimate shock when we witnessed Tony turning the huge regeneration machine into a piece of tiny compact equipment and fitting it into the fist of his suit, in Avengers: Endgame.

So, this makes it pretty clear that the things which fascinate Tony Stark get a place in his armors, in a much-advanced version.

Therefore, we saw Tony was impressed by the time machine in Endgame. So, if he had survived after Endgame, it was pretty much possible that Tony had come up with a much compact version of it and he would have added it to his suit.

#3 Tony Would Have Reached The Multiversal Level

If you are craving to know what if Ironman was alive after Endgame? Believe us, this point will stun you.

In case, Tony Stark would have managed to survive in Endgame, he could have reached the multiversal level of powers and knowledge. The reason behind this point is his keen interest and knowledge in infinity time streams.

Remember, in Antman and the Wasp, Genet revealed that if his location was not tracked at the right moment, then it would take years to find the next coordinates.

However, in Avengers: Endgame, both Tony Stark and Captain America failed to accomplish their mission in one coordinate, which broke the hope of the superheroes. However, shocking everyone, Tony Stark within a blink of an eye, finds the other coordinates of time.

So, it’s clear that finding time coordinates in the Quantum realm was a piece of cake for Tony Stark aka Ironman.

Therefore, just imagine what would have happened if a man who did this within such a short span of time, dedicated a few years to analyze and dive into the depths of the quantum realm?

This would have easily given Tony Stark the ability to track every time coordinate precisely, which would have enabled him to travel to any point in the entire multiverse.

Will Ironman Return In MCU In The Future?

Though there are tons of fan theories and rumors surrounding Robert Downey Jr. as Ironman, there are no official leaks on his comeback in MCU. However, in Spiderman: No Way Home, we saw two of the old Spiderman characters playing cameo roles. So, in the future, we can expect Robert Downey Jr. to return in a cameo role.

But if you are craving to see the character of Ironman, back on your screens, believe us you won’t have to wait for a long time. As Marvel’s upcoming project, Doctor Strange in the Multiverse of Madness, will most likely feature a multiverse variant of Ironman.

As per Doctor Strange in the Multiverse of Madness spoilers, the popular action star, Tom Cruise his step into the shoes of Ironman from another universe.

As per the sources, the Ironman from a new universe would come up with all the powers and abilities, we mentioned in what if Ironman was alive after Endgame? He would be considered as the most powerful entity of his universe and would be even compared to Gods.

So, what do you think? What if Ironman was alive after Endgame? Share your views in the comment section.

Follow us for more interesting articles in the future and bookmark our page to get all the latest updates on the Marvel series and movies first.