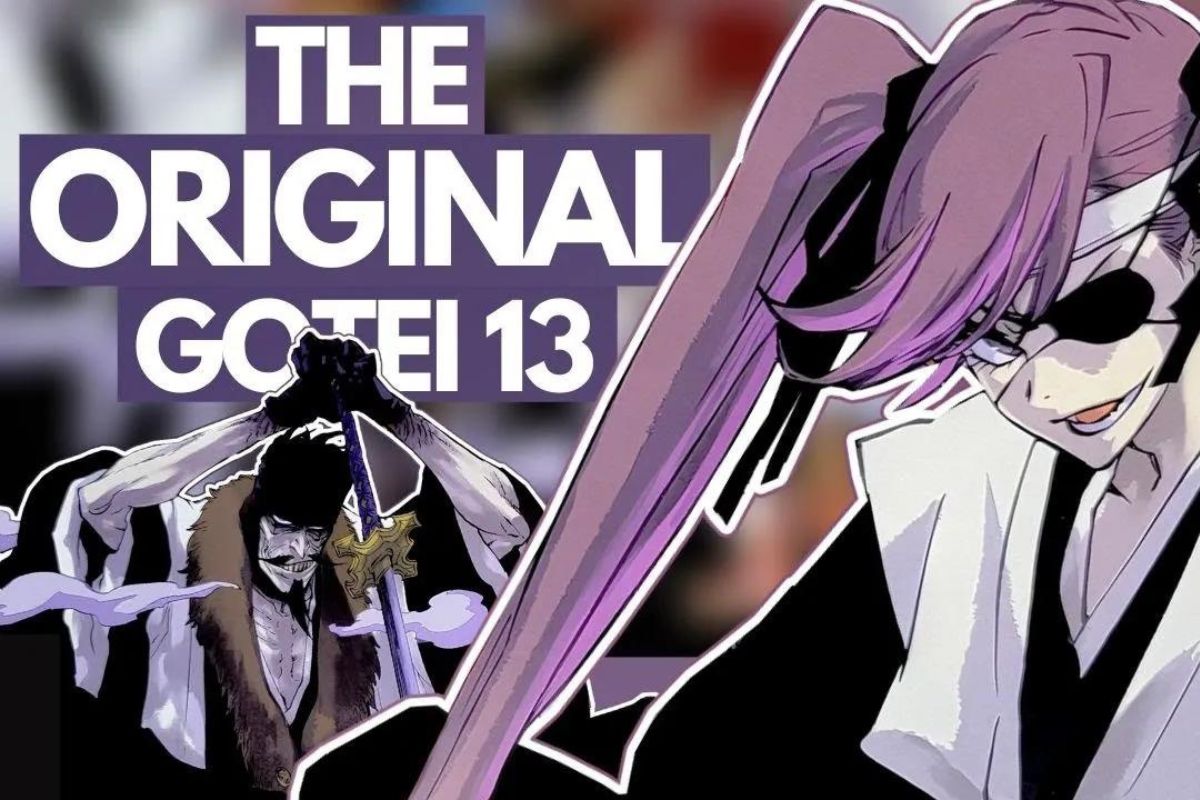 Bleach by Tite Kubo originally ended its serialization on August 22, 2016. However, the manga creator published a one-shot chapter titled No Breaths from Hell in August 2021 as part of its 20th-anniversary celebration.

Although there haven’t been any new chapters added to the arc, fans can now look forward to something fresh.

The identity of the original Gotei 13 captains

Although a clear copy of Bleach’s double-spread color poster has not yet been made accessible online, it is apparent that the original Gotei 13 captains will be included in it.

The same was published in Shueisha’s Weekly Shonen Jump #51 in Japan; an official release has not yet been made outside Japan.

What happened to the original Gotei 13?

The original Gotei 13 captains were scheduled to appear in the upcoming episode, so fans think Studio Pierrot may be creating some anime-specific scenarios for them.

This may be the rationale behind Tite Kubo’s decision to depict them in color on a double-spread poster for the Weekly Shonen Jump magazine.

Manga readers may have guessed that Yamamoto Shigekuni and Retsu Unohana, the two founding members of the Gotei 13, are depicted on the poster. The remaining eleven characters on the poster are all Tite Kubo’s original creations; one resembles former Fullbringer Riruka Dokugamine quite a bit.

Other characters in the poster share traits with other fan favorites from the show, possibly implying that they are the descendants of those favorites. However, they appear to be a combination of one or two characters despite apparent attempts to create unique designs.

What do we know about the captains of the original Gotei 13?

Although the original Gotei 13 had “Divisions,” all of them were simply vicious thugs, as described by Yhwach in the manga. As a result, after dealing with Quincy, they had more valuable possessions and were much calmer in their behavior and operations.

Since Yamamoto Shigekuni has the second scar Sasakibe gave him when demonstrating his Bankai in Bleach TYBW episode 5, which can be seen in the poster, the poster may depict the tranquil period following the war with Quincy.

Additionally, the double poster’s depiction of Retsu Unohana, formerly known as Yachiru Unohana, shows him with loose hair, indicating that the picture was created centuries before Unohana acquired a scar from a boy who would later go by the name of Zaraki Kenpachi.

The boy was given the name Kenpachi by Unohana because she thought he would grow stronger and deserve the term. Unohana, later recruited by Yamamoto Shigekuni to join the Gotei 13, was previously the evilest criminal in the Soul Society, in case any fans were unaware.