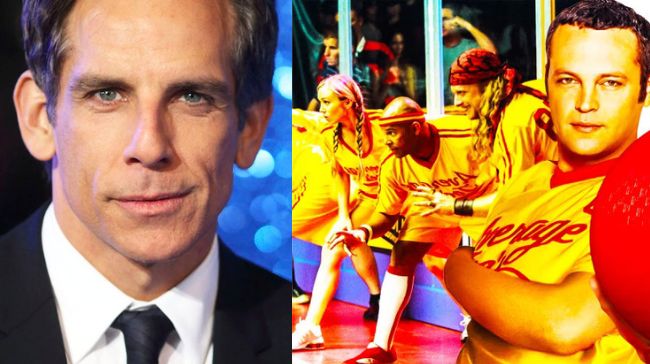 Check out the full cast of Dodgeball: A True Underdog Story, their biggest series and movies, and their latest achievements.

Till today, Dodgeball: A True Underdog Story retains its status as one of the most quotable screwball comedies ever made.

Well, it’s no surprise since Dodgeball: A True Underdog Story features some of Hollywood’s biggest talents gathered for a riotous dodgeball tournament in Las Vegas.

But where is the Dodgeball cast now? Here is all we know.

What is Dodgeball: A True Underdog Story all about?

There’s a $50,000 prize in the Dodgeball tournament in Las Vegas between Globo Gym and Average Joe’s, with the future of both gyms hanging in the balance as the conflict culminates in the two gyms prepping for the tournament.

This classic comedy introduces some of the funniest characters of modern times, offers a tie-breaking decision by Chuck Norris as himself, and teaches a valuable lesson on controlling interest to Globo Gym’s villains.

Scroll down to know about the Dodgeball cast

Vince Vaughn as Peter LaFleur, Anchorman, and many more

In addition to being one of the leading stars of Dodgeball: A True Underdog Story, Vince Vaughn has also starred in Anchorman: The Legend of Ron Burgundy, Wedding Crashers, and Queenpins. He has also played important roles in the True Detective series and Curb Your Enthusiasm.

This is what happened to the Dodgeball cast!!

As self-proclaimed fitness guru White Goodman, he is the overly confident owner of Globo Gym. Ben Stiller has starred in Zoolander, The Secret Life of Walter Mitty, Tropic Thunder, and others.

Fun fact- Did you know that Stiller has produced the sci-fi thriller Severance on Apple TV+?

The Golden Boys, Bridge of Names, and Men in Black movies all starred Rip Torn. Additionally, 30 Rock and The Lyon’s Den also feature Torn. Although absent from the show, Rip Torn was also mentioned in the dark comedy-crime Barry.

Rip Torn, a veteran of Hollywood, sadly passed away in 2019 due to complications from Alzheimer’s disease.

At the end of Dodgeball: A True Underdog Story, Justin, one of Average Joe’s dodgeball players, marries his fiancée Amber.

This Dodgeball cast member is also in Herbie Fully Loaded, Dreamland, and Idiocracy, in addition to the TV shows Mom, New Girl, and Giri/Haji.

Yaa, we are sure to date you couldn’t pronounce that either!

In the cast of Dodgeball: A True Underdog Story, Fran Stalinovskovichdaviddivichski of the Globo Gym team is a fierce competitor who, at the film’s conclusion, changes his mind and falls in love with Owen.

Missy Pyle is a character actor best known for appearing in Charlie and the Chocolate Factory, Galaxy Quest, and The Artist. Pyle also appears in the TV shows Dirty John and Y: The Last Man.

Which one is your favorite Dodgeball cast member?

Apart from these, let us know in the comment section which one is your favorite Dodgeball cast and if you know where they are!

Also Read:- Why Thor Love and Thunder Gorr Wants To Kill The Gods?