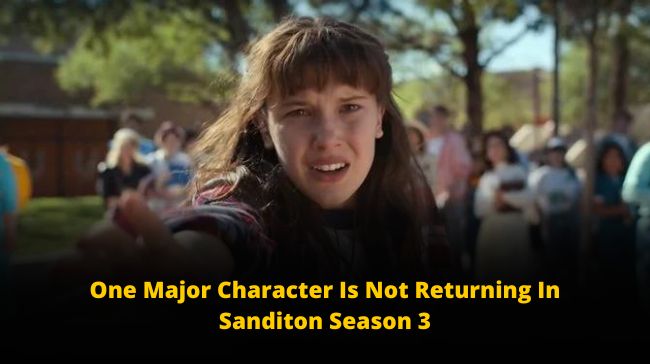 What episode does Eleven get her powers back in season 4 and what will be her destiny in the new season of Stranger Things? Here is all we know.

In the last episodes of Stranger Things Season 3, Eleven had seemingly lost the superpowers that made her capable of fighting powerful and otherworldly demons like Demogorgon and One, after her battle with Mind Flayer.

Since Eleven and her powers are the main highlights of the Stranger Things series, fans are wondering about what happened to Eleven’s Powers and more importantly, in what episode does Eleven get her powers back in season 4? So, here is all we know.

What happened to Eleven’s powers in Stranger Things?

As seen in Stranger Things Season 3 Episode 7, Eleven (played by Millie Bobby Brown) battles with the ruler of the Upside-Down World, the Mind Flayer along with the Demogorgon in Starcourt.

Even though Eleven managed to defeat both the Demogorgon and Mind Flayer with her powers, Mind Flayer did manage to wound Eleven and at the end, she falls down and groans in agony. The wound at her left leg is seen writhing, indicating that a part of Mind Flayer is still inside her leg.

In episode 8 of season 3, Jonathan Byers (played by Charlie Heaton) tries to rid the piece of Mind Flayer from Eleven’s leg with a knife.

However, Eleven fights her agony and uses her powers to rip out the piece of Mind Flayer. But unfortunately, after that when Eleven tries to flip a car over with her powers, she seems to fail to do so, and later when she fails to crush a can of coke with her powers, it becomes obvious that her powers have stopped working.

In Stranger Things Season 4, the story takes place eight months later when Eleven is seen to be living a regular life away from her enemies in California where she goes by the name Jane Hoppers in her school.

But despite being at rest for eight months, her powers are still not functional. When she tries to use her powers against Angela in her school, she learns that her powers are gone for good and she tells Dr. Owens about this.

What episode does Eleven get her powers back in season 4 of Stranger Things?

Yes, Eleven finally got back her powers. But what episode does Eleven get her powers back in season 4? Here is all we know.

In season 4 in episode 5, Eleven gets abducted and brought into the facility of Dr. Brenner, who puts Eleven under sedation and forces her to remember everything about her traumatic past.

Known as the Nina Project, Dr. Brenner, in order to bring Eleven’s powers back, believed that if she was to re-experience all events of her life that included her using her powers to defeat powerful enemies, she might be able to regain her powers.

If you were wondering about what episode does Eleven get her powers back in season 4? Dr. Brenner’s move essentially worked, when Eleven regains her powers in season 4 episode 5, but only for a brief moment.

When Eleven regains her powers after her time-travel-like experience in Dr. Brenner’s facility, she uses her powers to fight the guards of the facility to escape.

However, when she confronts Dr. Brenner and tries to use her powers against him, she finds herself powerless yet again.

Eleven is then told by Dr. Brenner that she can either leave the facility or stay instead to gain full control of her powers with the Nina Project. Eleven chooses to stay and revisit her past to try and get back her powers.

It seems that Eleven definitely has a long way to gain control of her powers. However, it was a moment of hope when fans saw Eleven using her powers for the first time in the season, even if that was for a brief moment.

Though what happens to Eleven’s powers after this is still a mystery, fans are hoping that Eleven gets her power back soon. It is safe to say that we can expect Eleven to gain full control of her powers in Volume 2 of Stranger Things Season 4.

Stranger Things is now available to stream on Netflix.