What Do Dragon Ball The Breakers Limited Edition Bring? Get...

The weekend is here, so we thought, why not bring some light anime latest updates for all of you.

Ah, no horror, nothing. We guess only the Dragon ball fans could relate to it. And literally, we are going gaga since Bandai Namco detailed the next installment in the Dragon Ball saga.

But here we bring to, after all, what Dragon Ball The Breakers Limited Edition will include! Any guesses? But we can’t hold the excitement, so let’s get going?

Dragon Ball The Breakers Limited Edition Will Be Loaded With Shocks!!

All set for the ‘Dragon Ball: The Breakers,’ the 7v1 ‘Dead by Daylight?’ style game set?

The Dragon Ball Universe is getting massive as it will release on October 14, 2022. There’s a network test coming, too.

Trust us, peeps, when it comes, it will throw you in an ultimate Dragon Ball Xenoverse, which has never been seen or felt. Oh, we are already getting the jitters!

Imagine a team of Seven Survivors trying to escape from One Raider: Oh, it looks thrilling!

Yes, we get nothing lying to you. It’s that exciting. The Raider is going to be one of the major antagonists from the franchise, who’ll be using the ultimate overwhelming power and like never-ending or May be highly increasing strong evolutions to hunt and defeat the Survivors: Bro, this is what we love about Anime, they give you real-life experiences, which are so rare in games!

It’s like a group of normal citizens will cooperate to sustain an attack from some of the most powerful dragon ball enemies. The game would be in three editions: Standard, Special and Limited: The excitement is all pepped up!

Where Dragon Ball The Breakers Limited Edition is going to be launched?

The Standard Version would be on both physically and in digital fashion, the Xbox One, X|S, PS4, PS5, Nintendo Switch, and PC.

The Special Edition will cost $29.99, available on Xbox One. Also, a pre-order bonus is available for all the editions, too. Oops, maybe this is what you have been waiting for! 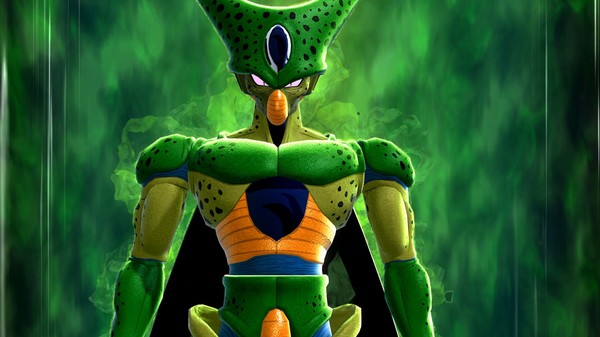 Looks like a worth it and ultimate package for all the Dragon Ball lovers? Yes, peeps, The Limited Edition costs $80 and is available exclusively for Xbox One, PS4, and Nintendo Switch from Bandai Namco’s online store. Omg, please pinch us.

Is this the truth? We can’t believe our eyes, but we are sure all the Dragon ball lovers: will it be a treat for your eyes?

It’s also mentioned that Dragon Ball: The Breakers will also be holding a Closed Network Test, which will be available on all platforms on 6th and 7th August 2022!

The main draw of the Dragon Ball: The Breakers Limited Edition is the physical Steelbook case and the Cell Shell Figure and what not? Follow us, Now!

Read More – Dragon Ball The Breakers Release Date Is Out! Get Ready To Dive Into Insane Gaming Experience