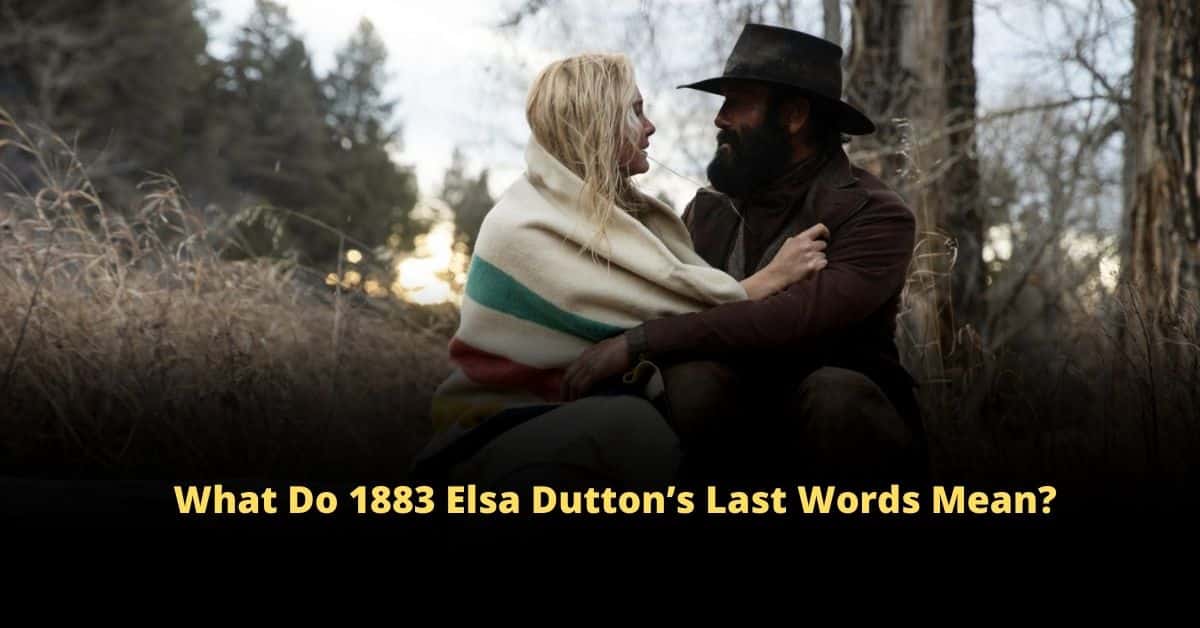 If you are upset with the exit of Isabel May as 1883 Elsa Dutton from the epic blockbuster series, read the complete article as we have something exciting for you.

Taylor Sheridan’s jaw-dropping hit series, 1883 introduced one of the best characters of the Yellowstone franchise, Elsa Dutton. However, her exit from the series left the fans in tears.

We witnessed how a fan-favorite character, Elsa met her destiny after being shot with an arrow. Slowly she kneeled down to the severe infection which spread throughout her body.

But during her death hours, she enjoyed the comfort of her father’s lap and she spoke a few words to her father. But what did 1883 Elsa Dutton actually say when she died? What does it mean? Is it a possible hint of her comeback? Here is everything we know so far.

While the last few episodes hinted at Elsa’s destiny in the show, the fans were hoping that the main protagonist will manage to survive. However, the plot had other plans. In 1883 episode 10, we saw Elsa taking her last breath on the lap of her father.

While Elsa was resting on the lap of her father beneath a tree in episode 10 and her death was slowly arriving, she had a few words with James Dutton.

Elsa said, “You birds sure are smart.” “I understand it now.”

But why did 1883 Elsa Dutton say so? Why were these her final words?

Just before Elsa spots the bird, she reveals to her father James that her first memory reveals a flock of birds roaming behind the house. She was shocked by the intelligence of the birds who picked out chunks of soil after rain to ensure they get worms easily.

While she was dying and she noticed a bird, it triggered her memory and she praised the bird for its intelligence. Moreover, her narration – Elsa racing through a field on horseback with Sam, her husband, clearly signifies the merge of reality and dreams.