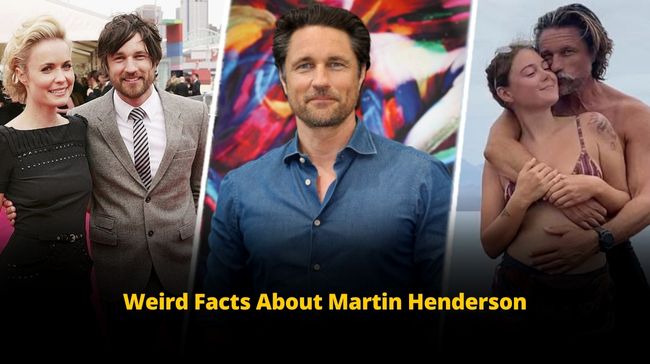 It’s been only a few days that Netflix has dropped its much-anticipated series, Virgin River’s new chapter. While the series has been the charm of the fans’ eyes due to its insane storyline and incredible cast members, one actor who has been in the limelight is Martin Henderson aka Jack.

Virgin River has been one of the incredible Netflix creations till date. At the time, it was one of the comfortable reads for the fans with its cozy atmosphere and heart-warming romance. It was fast-paced and insane to consume. Though the beauty of Virgin River grabbed the attention of the fans, slowly and steadily they became more invested in the relationship between Mel and Jack, as their romance was highly heartfelt. Netflix’s version of Virgin River made the relationship between Mel and Jack a delightful factor for the fans.

While every cast member of the Virgin River has been on the front pages, Mel and Jack aka Alexandra Breckenridge and Martin Henderson respectively have grabbed a special place in the fans’ hearts. So, today, Sassyshows is here with some weird but interesting facts about Martin Henderson!! Make sure to read till the end as we have something surprising down there!!

Martin is an Australian actor who made a name for himself through Bride and Prejudice. The movie was a global hit and Martin grabbed the limelight. Henderson managed to attract a lot of fans, not only with his dashing looks but also with his acting skills.

During the pandemic, Henderson was quarantined with his model girlfriend. But, the couple’s relationship was rumored to be ended as their perspectives on marriage were not similar.

Despite the careful quarantine process, Martin Henderson could not completely cure the disease right before the release of season 4 of the show. Unfortunately, the disease followed a shocking accident on the set as he fell onto his head and got practically concussed for a while. The scene that brought trouble to Martin was the medieval sword fight scene. Still, he is eager to shoot Virgin River Season 5….

So, fans, are you excited about the new season of Virgin River and to see Martin Henderson back in action? Share your views in the comment section. Also, follow us for more interesting articles on your favorite actors!! Happy reading!!