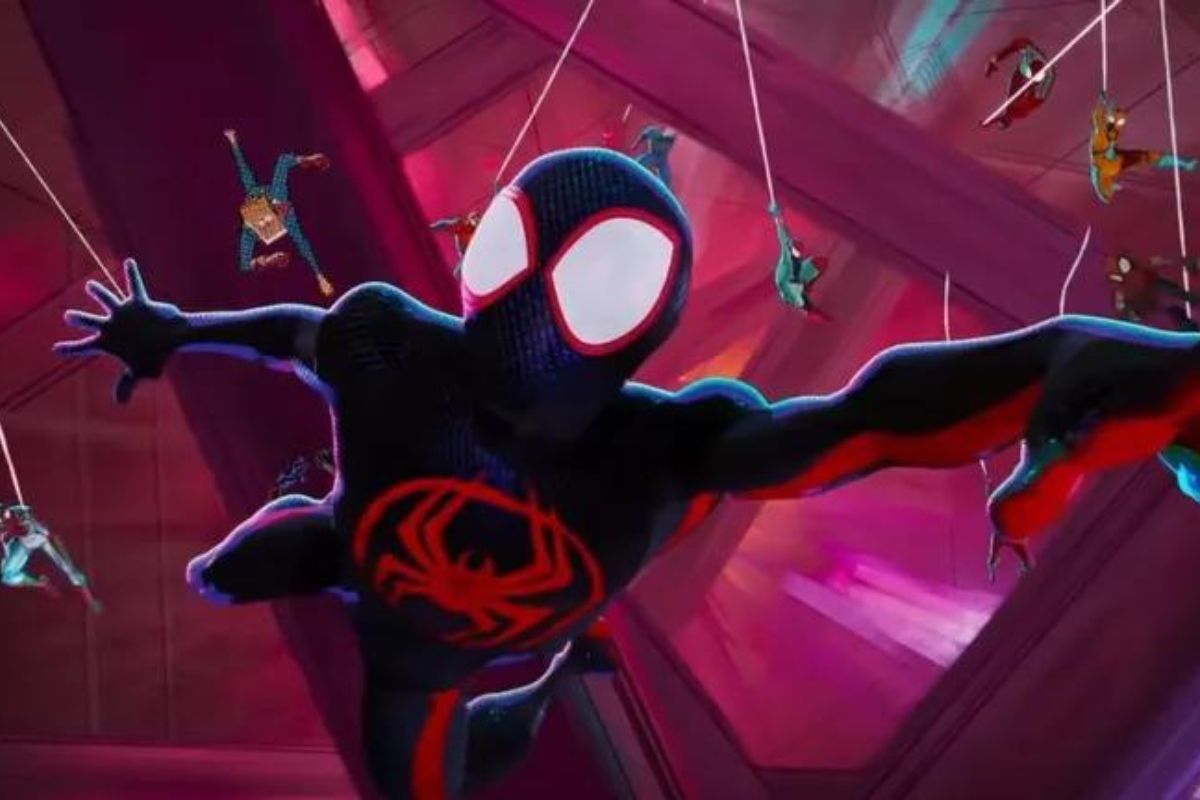 The Spiderman Across the Spider Verse trailer has just been out, raising the bar from the prequel video from last year. Miles Morales is chatting with his worried mother at a slightly older age. After several flashbacks to the first act, the teaser introduces new images of Hailee Steinfeld’s Miles and Gwen Stacy exploring various planets and encountering multiple superheroes.

After that, while Miles and Gwen debate who the real heroes are, the teaser cuts to Miles being attacked by the other Spider-Men.

However, there are a bunch of things you may have missed out in the Spiderman Across the Spider Verse trailer.

Did You Notice These Things In Spiderman Across The Spider Verse Trailer?

Do Miles and Gwen have a relationship?

The movie will delve further into Miles and Gwen’s courtship. They are seated upside-down in one shot, with Gwen’s head resting on Mile’s shoulders.

Although this story arc hasn’t been officially confirmed, it would correspond to how Miles and Spider-Gwen have been paired in the comics.

We also get our first glimpse of Issa Rae’s Spider-Woman, one of the new Spider-People the movie introduces. This Spider-Woman model has a red bike and a finger cannon that shoots spider webs.

In the Spider-Man Across the Spider-Verse trailer, Rae’s Spider-Woman is engaged in combat with a different Vulture. It’s difficult to discern if the Vulture is wearing a suit or if he has biological wings because this variant is brown rather than green. In any case, Jorma Taccone most likely provided the voice for this rendition of the Vulture.

Peter B. Parker has a baby

Even though the scene is brief, Peter B. Parker from Into the Spider-Verse is seen holding a baby carrier on his chest, and something is seen moving inside. There are several hypotheses, but it’s tough to identify who the baby might be or why Peter B. Parker might have it.

In Peter’s alternate reality, Mary Jane and Peter might have made up, and this child could be theirs. Briella, or a younger version of her, is Miguel’s daughter. It might also be wackier, like a young Spider-Man or another animal not related to humans.

Fighting the Vulture is Spider-Woman

Jessica Drew, voiced by Issa Rae, is introduced in the Spider-Man: Across the Spider-Verse teaser. One photo depicts her battling a big brown avian thing, but most shots focus on her new design and beautiful motorcycle.

Although the antagonist’s identity is unknown, it is likely a multiverse-specific version of the Vulture, a well-known Spider-Man antagonist.

What day will Across the Spider-Verse be released?

On June 2, 2023, Spider-Man: Across the Spider-Verse is scheduled for release. Expect it will only be available in theaters, so wait to look for it soon on Netflix, Disney+, or another streaming service.

Due to international regulations, the sequel was initially scheduled for April this year but was postponed until October 7.