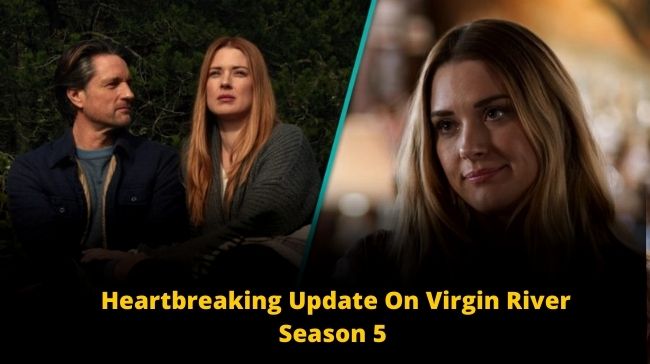 So, finally, season four of Virgin River is dropping this July. While most of the fans can’t even wait to binge-watch the new episodes of their favorite show, some fans have started worrying about Virgin River Season 5. So, if you are one of them, rest assured as Sassyshows have got some really crazy updates on the next season.

Sassyhows has dug down to Alexandra Breckenridge to squeeze out some incredible updates on Virgin River Season 5. So, keep on reading the article to know more.

While the fourth season of Virgin River has not yet debuted, the fans are still worrying about season 5. Moreover, Virgin River Season 4 and 5 were supposed to be shot towards as per the previous announcements from the creators.

However, according to the latest updates, the production was stopped after the completion of Virgin River Season 4. So, did this mean that season 4 will be the end? Here is everything we know so far.

In a recent Instagram post, Breckenridge revealed how the team was supposed to kick start shooting for the new season, but the creators surprisingly pushed back the dates. She has shared her personal views as the star wants to film the new season in the summers rather than in winters. So, when will they shoot again?

It seems Breckenridge’s wish will be fulfilled as the shooting of Virgin River Season 5 will kick start in July as per the official statements from the actress. So, that being said, season 5 is running only three months behind the normal schedule.

The news doesn’t end here as the actress revealed some sneak peeks about what the fans can expect from the upcoming season.

One of the biggest cliffhangers is about Jack and Mel’s child. Nobody knows how the pair will handle the new situation while also raising a child will be a big challenge for the stars. Another subplot Breckenridge teased is whether Jack and Mel will end up being together and get engaged. However, Virgin River Season 4 will most likely give us this answer.

As of now, there is no release date for Virgin River Season 5. Recently, Netflix has revealed that the fourth installment will be dropping on July 20, 2022. So, as the streaming King is going with the July schedule for every season, we may expect the fifth season to drop in July 2023.