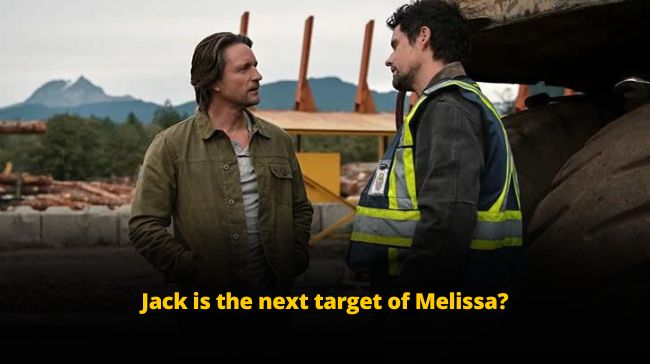 There’s a reason Netflix’s “Virgin River” keeps viewers glued to their screens for four seasons. Virgin River is a power pack; it has everything!

So, with season 4 dropping in, we are here with some Virgin River Season 5 spoilers. Here is all we know.

The show also introduces a new villain, Melissa Montgomery, and fans believe her connections to Jack’s new investor, Nick, will have significant implications for Jack next season.

What is Melissa Montgomery’s role in “Virgin River”?

The Virgin River Season 4 begins with a mysterious donor bailing Brady out of prison after he has been arrested for shooting Jack at the end of season three, a crime many Virgin River residents believe he was wrongfully convicted of.

What’s the connection between Melissa and Brady?

In Virgin River Season four, a mysterious donor bails Brady out of jail after he is arrested for shooting Jack at the end of season three, a crime many residents of Virgin River believe was wrongfully charged.

Brady eventually finds the donor, and she is Melissa Montgomery. At Melissa’s underground headquarters, Brady learns that she has taken over Calvin’s underground drug ring and wants Brady to continue smuggling for her.

Melissa’s power could negatively impact Brady’s girlfriend, Brie, so Brady agrees to cooperate with her plans as long as Brie is not harmed.

Melissa is a ball-buster!!

In episode 11, Jo Ellen informs the other locals about Nick’s sister (aka Melissa) visiting town during a sewing circle at Jack’s Bar. Jo Ellen describes Melissa as a “ball-buster” by her mother, and she was given full authority over all decisions by the family trust. Why did Nick invest in Jack’s Business?

During their first conversation in the bar, Nick supports Jack’s glamping business idea and offers to help. There is also a slight hint at how much money Nick really has.

During episode 11, Nick and Jack discussed their business plan in its final stages at the bar. Nick offers Jack a three-fold increase in investment over what they originally discussed.

Jack asks Nick if he is sure he wants to invest that much, and Nick replies, “I believe that betting on Jack Sheridan is the smartest investment a guy could make.”

Is Melissa planning to manipulate Jack?

Melissa and Jack may have been connected unwittingly through Nick.

In addition to helping Virgin River’s economy, Jack’s glamping business could also allow him to save money for Mel and their new baby. It is possible, however, that with Nick’s (and perhaps Melissa’s) influence, the Montgomerys could smuggle or sell drugs again, just as Calvin did during his time.

Stay tuned to see how the story unfolds for Jack!!

Season five is already in the works, so fans will have to wait to see what happens next. Till then, stay tuned for more Virgin River Season 5 spoilers…