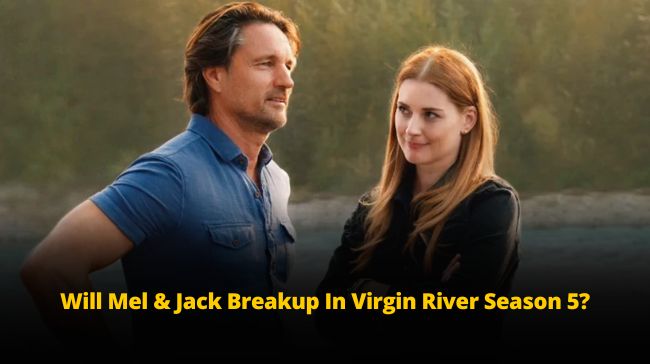 After the bombastic exit of Virgin River Season 4, the fans are literally craving for the next chapter. They are showering a bunch of questions about Virgin River Season 5. So, with the viewers so much excited about the new installment, the show star, Martin Henderson aka Jack dropped some shocking leaks on Season 5… So, here is all we know so far…

Virgin River has been one of the most-watched shows on Netflix’s chart. So, what makes the show a hit? Well, as the story progresses, the fans are getting better seasons with better writing, well-established characters, and sensational drama.

Virgin River Season 4 proves that things are getting better as it was loaded with drama and yet was focusing on the key elements of the show. The season 4 finale brought a bunch of shocks, one of the greatest being the false claims by Charmaine… We saw that she had been lying to Jack and the twins were not actually from him. So, what’s next? Here are some crazy leaks about Virgin River Season 5.

Alexandra Breckenridge, who plays Mel’s character, revealed her feelings towards everything happening in the show. She said, “To be honest with you, I have been speaking very loudly for a while, since we found out in Season 1 that Charmaine was pregnant, I was like, You cannot. You can’t let her be pregnant with his kid. It has to be somebody else’s baby. I’ve been very vocal from Season 1 that I was like, That’s not okay. I don’t think that’s a great idea. Especially with the potential of now, his love being pregnant, possibly with somebody else’s child. I was like, you can’t have Mel have Mark’s baby but yet Jack is having babies with Charmaine. No!!”

She further added, “Okay well, Charmaine isn’t… Jack’s not the father of Charmaine’s babies, but then he asks to be the father of Mel’s baby… because if she’s not (pregnant with his baby), he has no baby. He suddenly has three babies, and now he has no babies?”

According to Breckenridge, it would be very weird if Jack and Mel would not end up together. This reveals a big update that there is no risk of any non-sensible breakups, which is a relief for the fans. So, we will get to see Jack and Mel together by the end of the series. So, when is Virgin River Season 5 dropping? Here is all we know…

The good news for the fans is the show has finally been renewed and the creators are working on the scripts. Though it has not yet entered the production stage, social media is leaking some speculated release dates.

As per the speculations, the new season of the Virgin River is expected to drop sometime in 2023. So, make sure to stay tuned as we will keep on bringing fresh news to you… Till then, keep visiting our site and go watch Virgin River Season 4, if you have not yet watched it!!

Read More – Shocking Stranger Things Theory Reveals We Will Get To See Eddie Again! Here’s How?