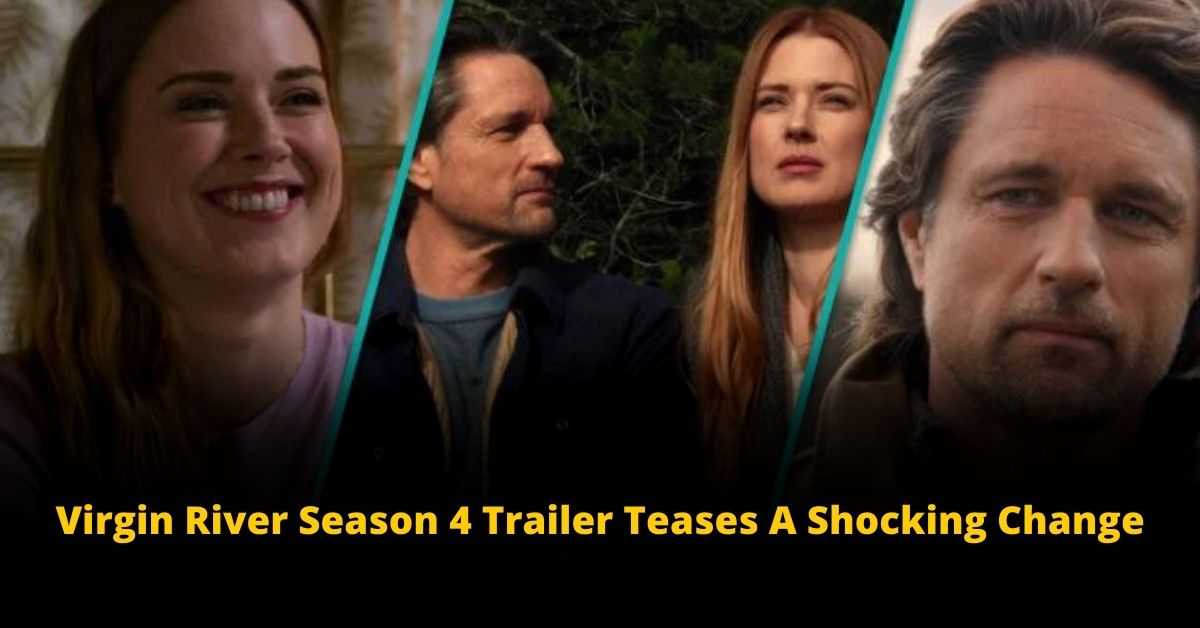 Is the Virgin River Season 4  trailer out? When is the new season coming out? If these questions are looming around your mind, here are the latest updates.

Everybody loves nature. The warm hugs of the sun’s rays and the smooth breezing amaze each and every one. However, enjoying the true essence of Mother Earth is often a dream for many who are stuck in the big cities.

Delivering three bombastic seasons, Virgin Rivers has turned out to be a fan-favorite show with a wide array of characters and complicated arcs. While many small-town shows bring a lot of thrills and excitement, which ruins the true essence of the show, Virgin River manages to squeeze out the perfect balance.

Virgin River presents the perfect blend of romance, wholesomeness, and mystery rolled in wickedness. This Netflix high-drama show revolves around Mel, a mysterious woman, who once resided in Los Angeles. While she was living in Los Angeles happily, dark clouds surrounded her life and she was compelled to leave the city.

Dealing and escaping from her past and personal messes, they made her way to the Virgin River. She got a new job, new love, and a new life. While everything was going well, the Virgin River Season 3 cliffhanger left the fans stunned.

With the third season wrapping on a breath-taking note, the Virgin River Season 4 trailer and even the plot may completely change. So, what should we expect from this new season? Well, in the season 3 finale, we saw that Mel’s biggest dream has come true as she is going to be a mother now. Yes, Mel is pregnant.

But, things are not as simple as they seem to be. Mel’s baby might not be from Jack. Of course, Mel did not cheat on Jack since she was completely in love with him. However, the Virgin River Season 4 trailer will tease how Mel used the frozen sperms of her late husband that she preserved for years.

But when did she use it when Mel was in love with Jack? Well, the answer is simple. Mel lost her hope that Jack wants to form a family with her. So, she decided to use it. Therefore, Virgin River Season 4 may show us the separation of Mel and Jack, despite being in love. The good news is Virgin River Season 4 has now release date. The new season will be dropping on Netflix on July 20, 2022. So, fans hold your sites tight as a brand new season is crashing your ways this July.

46 thoughts on “Virgin River Season 4 Trailer Will Change Everything!! Jack Will Breakup With Mel ”