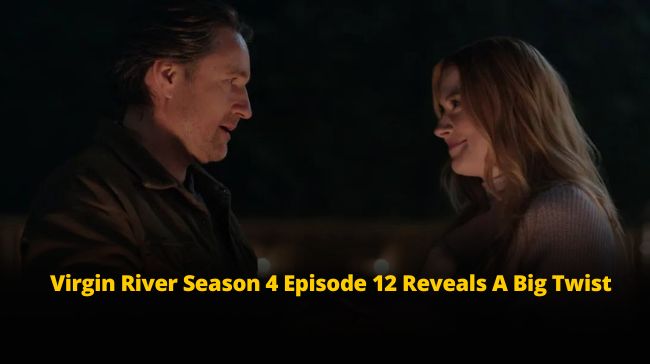 Warning: The article contains spoilers about Virgin River Season 4 Episode 12. Read at your own risk!

Like all, you might have also been wondering since Virgin River Season 4 began that who is the father of Mel’s child? Jack or Mark? And finally, we are served with an answer!

Who is the father?

Like there wasn’t enough suspense in a yearlong wait between Seasons 3 and 4, the big reveal waits until the end of the show.

Thankfully, on the bright side, the father turns out to be…. Jack!!!

“Mel wants to have a child with Jack,” Alexandra Breckenridge says in an interview. “She doesn’t want to live in the past. As much as having a part of Mark is significant in a lot of ways to her, she wants to move forward and have a family with Jack. She really doesn’t want to have Mark’s baby. She’s moving forward and needs to leave that part of her life behind her.”

Breckenridge also feels relieved with the rest of the fandom. “I was gunning for that storyline,” she says. “I was adamant that it shouldn’t be Mark’s baby.”

However, Breckenridge was pleased to discover more paternity twists in the final script. “I was also like, ‘I think Charmaine having [Jack’s] kids is absolutely bananas as well,'” she says.

“I got my wishes at the end of the season because that wasn’t really the plan for a minute. I think they were planning to have them go the other direction. I was like, ‘You’re all insane!'”

“I don’t know if I made that happen, but I was definitely the squeaky wheel about it,” Breckenridge says.

“Every chance I got, I was like, ‘Are you sure we want to do this? I don’t know if it’s the right direction.'” Breckenridge admits that Jack is bound to have some complicated feelings about Charmaine’s twins after becoming the father of Mel’s baby instead of her twins. “Being betrayed on such a massive scale has to come with anger and hurt,” she says.

“He invested himself emotionally and mentally and financially in having these babies. He was really committed. It’s going to be hard, I think, for Jack to let that go.”

What did you predict?

What did you predict about Mel’s paternity test? And was it astonishing for you when Charmaine revealed the jaw-dropping truth about the secret of her motherhood in Virgin River Season 4 Episode 12? Drop your comments below!