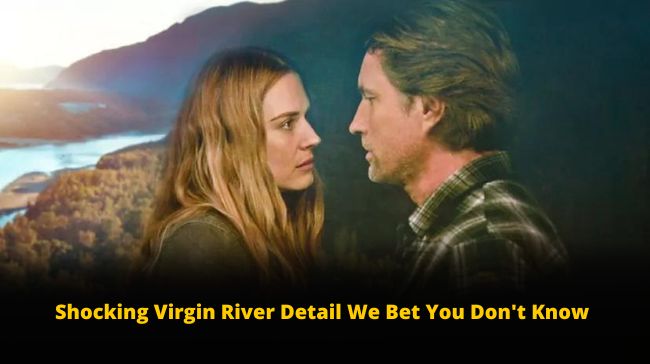 There are only a few weeks left for the fourth season of Virgin River to drop on Netflix and the fans simply cannot control their excitement. They are craving for the new season as Virgin River Season 3 left a bunch of unaddressed questions.

The show has been a Netflix hit globally within a short time. It is simply awesome. Though Virgin River is based on a book series, Netflix’s installment offers much more. It has a brilliant cast, a killer atmosphere, and a very touching screenplay. With elements of thrill, drama, and romance, it’s too touching for the fans.

The leading actors of the series, including Martin Henderson and Alexandra Breckenridge, showcase the most amazing on-screen chemistry that keeps the audience hooked up. Though we see a strong bond between the two, their relationship is not immense to small-town drama and the footprints of their past and this is what makes the story special for the fans.

So, all these are known to the Virgin River fans, and it’s what excites them the most. But what about the unknown? Well, the Virgin River series brings a lot of hidden things. So, fans, are you ready for a blast? As Sassyshows is here with some crazy facts on the show. Here is all we know.

Virgin River Is A Real Place

Yes, fans, Virgin River is a real place that anyone can visit and get their own small-town romance. The show reveals that the town is located somewhere outside Los Angeles and that’s all.

But do you know where the Virgin River is in reality? Well, it is located in the tributary of the Colorado river in the United States of Utah, Nevada, and Arizona. It was a perfect gem the fans discovered after the Virgin River tv show debuted on Netflix.

Well, we all know that Netflix is not a platform for smutty content. It always tries to present a sweet blend to the viewers. Moreover, the streaming giant is incredibly careful as it knows whom to target with which show and that’s what makes it the best. For instance, if we consider the Netflix hit 365 days, with this series, Netflix is targeting its adult audience.

However, with the Virgin River, Netflix is trying to target a wider range of audiences. So, this reveals that there is no place for overwhelming smut. Therefore, this means the original books cannot be followed blindly and they need to be tamed a bit to squeeze out the best content.

Each Book In The Series Brings A New Set Of Protagonists

Yes, each set of books in the Virgin River series brings a new set of protagonists. The couples change frequently, even though the desire to start over with a new romance remains the same. This implies that Jack and Mel were not as dominant characters as they are portrayed in the series. Moreover, it’s not even clear whether Mel and Jack will continue to be the main protagonist of the Virgin River series or not.