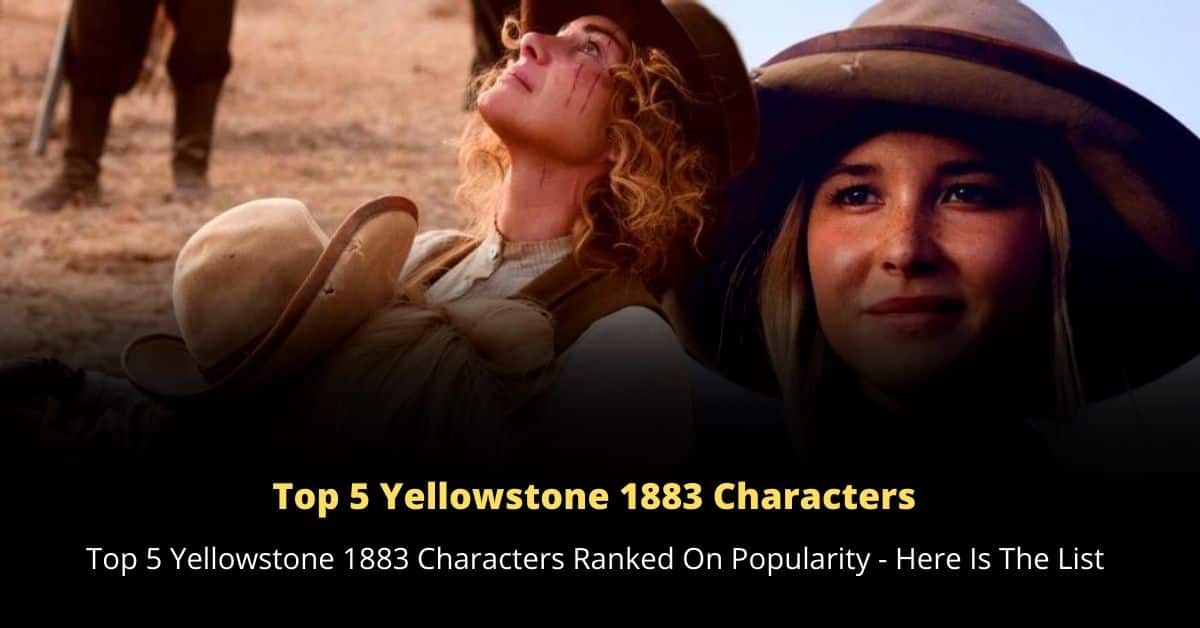 Yellowstone 1883 has introduced a wide array of characters, who left a mark on the hearts of the fans. But, who are the most impactful and popular 1883 characters? Here is the complete list as per the likability.

Yellowstone 1883 has been a complete journey for the fans. If you are a frequent viewer, we can bet that the prequel made you laugh as well as broke you down to tears. While there were a lot of moments to yell out loudly, cheering your favorite character, there were also points to cry out on their deaths.

Also Read – How Are James Dutton And John Dutton Related In Yellowstone 1883?

1883 Characters Ranked As Per Popularity

James Dutton is one of the main 1883 characters. He is introduced as the first patriarch of the Dutton Family. James is a Civil War veteran and a survivor of the Battle of Antietam. In 1883, he appeared to be a bit of a rude man who dreamed of taking his family to Oregon.

Ennis is a handsome, young cowboy who helped a group of inexperienced men, women, and children reach their home in the north. It is his kindness and gestures that make him a fan-favorite character.

Thomas is a Pinkerton agent who joined hands with Shea Brennan to help a group reach the outskirts of the Oregon Trail. He was also a Civil War veteran. His relationship with Noemi added a pinch of delight to the land of pain and suffering.

Shea Brennan is one of the most popular Yellowstone 1883 characters. He is a tough-as-nail Pinkerton agent, much like his friend Thomas. Brennan had a wife, who was introduced as Helen.

There is no doubt that the character at number 1 will be Elsa Dutton, the girl who impressed the fans with her flawless performance. She is introduced as the oldest daughter of James Dutton in 1883.

While Elsa was the most-loved character in 1883, her death turned the fans into tears, at the climax of the final episode of season 1.

So, these were the super-popular 1883 characters ranked. Who is your favorite? Tell us in the comment section.