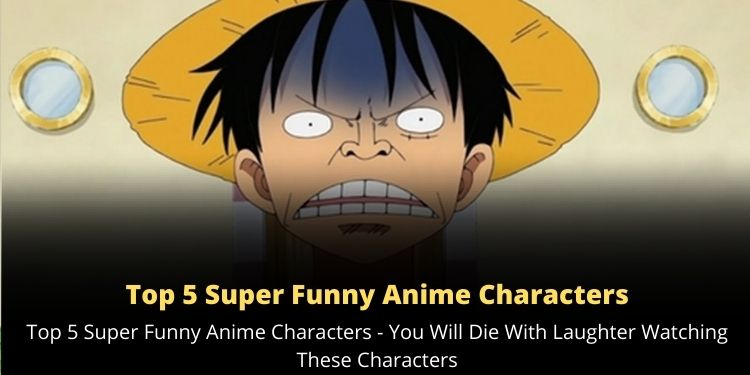 Comedy is one of the crucial components of a hit anime show. So, today, Sassyshows has listed down the top 5 super funny anime characters who will take them to a world of happiness.

When it comes to quality anime some of the elements it brings are action, drama, romance, and comedy. While all these aspects are equally important, comedy or humor is something that adds a pinch of interest into the plot.

Good humor is something that appears in most of the hit anime shows. The creators strategically add humor to the plots either through scenes, dialogues or characters. There are tons of super-funny anime characters who deliver insane comic relief sidekicks.

With the popularity of the anime world reaching heights, the fans are getting an ample number of anime shows. In recent years, we have got our hands on a bunch of super popular anime shows like Attack on Titan, Demon Slayer, and more.

All these anime shows contain some super entertaining characters. So, today, we have listed down the top 5 super funny anime characters for you –

Gintama can be titled the father of all comedy anime. It’s super hilarious, and Gintoki Sakata is one of the characters who add fun to the plot. He is a lazy, annoying and stupid character, whom the fans love to watch.

The Disastrous Life Of Saiki K. comprises tons of super funny anime characters who added joy to the lives of anime lovers. Though Saiki appears to be serious most of the time, he is one of the most hilarious characters in the show.

Also Read:- Top 5 Anime Characters Who Can Beat Goku – We Bet You Did Now Know This!!

Kill La Kill is one of the flagship anime shows that comprises tons of fights and characters. The funniest character in the anime is Mako. She is a carefree and the most entertaining character who is often annoying.

Hidenori is one of the super-entertaining characters of the anime world. He is one of the trio of the main cast and he is often a bizarre character. Though he is not the most funny anime character, most fans find him hilarious.

Mob Psycho 100 is one of the most hilarious anime series. The series is insanely dramatic and comprises tons of funny scenes. Reigen is a con man, who is responsible for all the hilarious activities in the show.